What Are the Rules of Air Hockey? 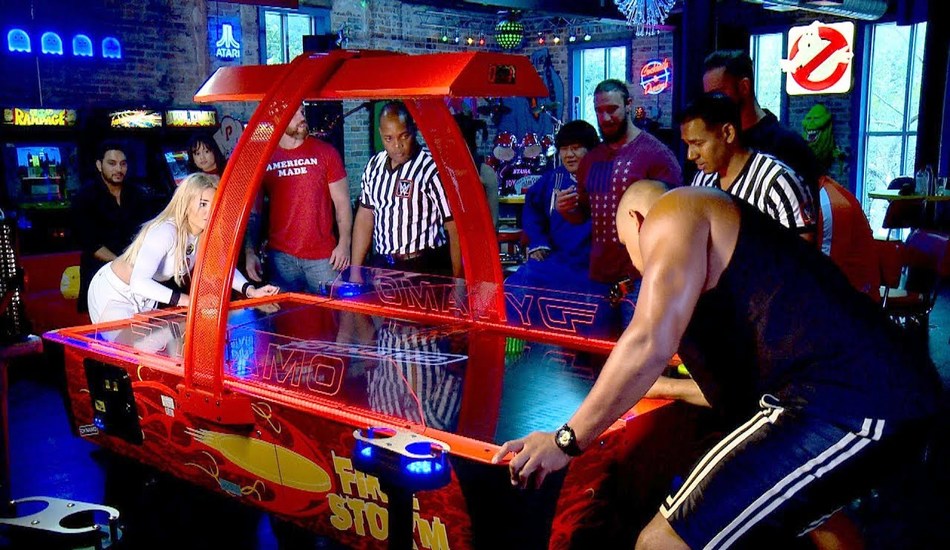 Watching and playing air hockey is exciting, isn’t it? For anyone who wants to enjoy this game to the fullest, knowing the rules of air hockey is worth it. As a matter of fact, a lot of air hockey enthusiasts are looking forward to learning the air hockey rules. This is the reason that we actually thought of coming up with this post.

A lot of people are a little unsure of where to start from and this is why we thought of keeping it pretty systematic and simple for you. No matter if you are a complete beginner, or an intermediate, this post will give you clarity on the official air hockey rules. We will first start with the setup and gradually move over to the rules of the game.

Getting Familiar With the Setup and a Few Basic Terms

The air hockey setup comprises a frictionless table, a puck and one mallet for each player. Mallet is used for striking the puck, and they keep the table frictionless for the puck to easily float around the table as the players hit it. The table has a goalmouth on either side for the players to score goals.

How to Play Air Hockey?

Air hockey is played between two players, each on either side. The match starts right after a coin toss. The player who wins the toss will get to select the side and, of course, get to serve the puck first. Right after the puck crosses the centerline towards a player, one is allowed to hit the puck towards one’s opponent’s side.

While one player strikes the mallet to score a goal, another would try to defend it and try to not let the other drop the puck inside one’s goal-mouth.

One thing that makes the game really exciting is the fact that it takes a lot of prediction on the part of a player as to how the puck will behave when one’s opponent hits the puck and it bounces back at different angles.

By rule, a player is meant to keep one’s mallet eight to twelve inches away from one’s goal-mouth.

As far as the offensive shots are concerned, angled, banked and double-banked are pretty much popular. Of course, there are other shots too. One important thing that every player should bear in mind is that the mallet must not cross the centerline since it is taken as a foul.

Many beginners tend to hit the puck from close to one’s goal-mouth towards the opponent. However, it is not really a wise thing to do since that way, the puck has to travel a long way. The strike might not be very forceful and effective. Besides, beginners must strive to experiment with the various shots but that again, that should only be tried after learning the shots really well. 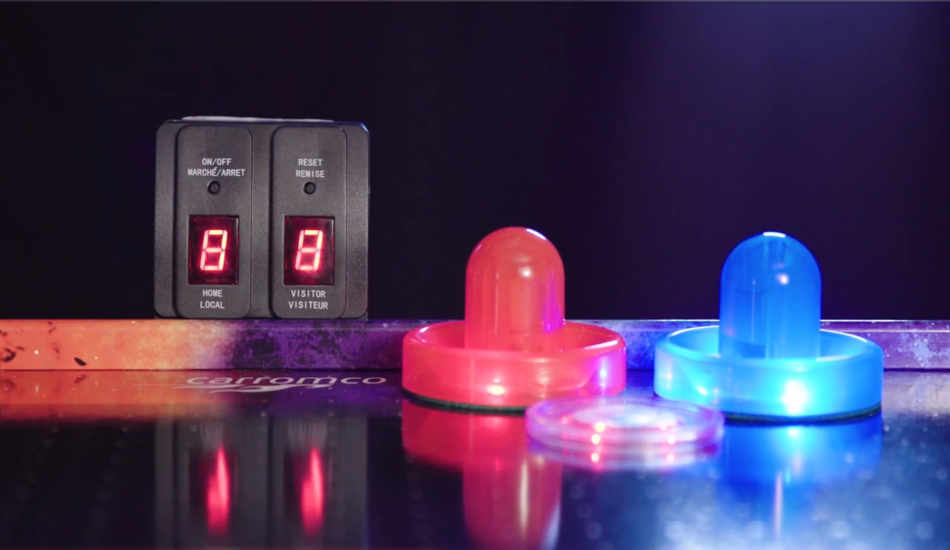 1. 7 rounds make a match and whoever scores 7 goals first is the winner.

2. Prior to starting the match, a coin toss will determine the starting sides. The winner selects any side he would like to start out with.

3. Another coin toss works extremely well to determine which one amongst the players can begin games three, five and seven having the puck. The opponent could begin with the puck on games two, four and six. As far as the 1st game goes, a puck is positioned on the center-line. A player is only allowed to hit it after the first countdown.

4. Once the puck gets inside a player’s goal after one’s opponent has hit the puck, it adds 1 point to the opponent unless one has committed a foul.

5. When a round comes to an end, the players usually change sides.

6. Whoever, amongst the two players, concedes a goal would have the puck in the next round.

7. Only a player that conceded a goal can touch the puck with one’s hands.

8. Every player is allowed to use just one mallet on the surface of playing.

9. You can use any side of the mallet to hit the puck.

10. Players must not top the puck in any case by lifting up the mallet.

11. Only a single puck must be used during the entire play.

12. Once the puck reaches a player’s side, one must hit it in 7 seconds by rule.

13. Anyone of the two players can attempt to hit the puck once it reaches any position of the centerline.

14. A player must not get past the centerline towards one’s opponent’s side.

15. The referee calls a foul whenever a player touches the puck with any portion of one’s body.

16. A player is not allowed to have a time-out for more than 10 seconds.

17. A player can only demand a time-out if the player possesses the puck after the scoring of a goal.

18. In case a player wants a time-out, one must convey it in a clear manner.

19. A player gets 10 seconds to start the play after one has conceded a goal.

20. Whenever a push bounces back out of the goal-mouth, it will not be counted as a point.

21. If a player commits a foul, the other player gets the puck.

Making yourself fully aware of the air hockey game rules is certainly a very wise thing to do for any serious player or enthusiast of the game. However, there is a thin line between learning the air hockey rules and actually following it. We suggest you don’t take extra stress in trying to follow the rules as this will only hamper your performance.

You could rather strive to learn air hockey table rules really well so that it becomes a part of your playing in a natural way and you don’t have to struggle much in trying to remember and follow them. After all, there is nothing like having fun with the game.

Can You Cross the Middle Line in Air Hockey?

Players standing on either side of the table must not cross the center line towards their opponent and in case, a player crosses, the referee will declare it to be a foul. As a matter of fact, this is one of the most important rules of air hockey.

Can You Catch the Puck in Air Hockey?

Catching the puck out of the air is considered to be a minor foul as long as one immediately places it back to the ice.

Can You Stop the Puck in Air Hockey?

Constant interaction with the puck is an important aspect of the game. A player can hit the puck with any side of the Mallet but bringing down the Mallet on the puck for stopping or dragging it is called topping and considered to be a foul.

How Do You Score in Air Hockey?

In air hockey, a player scores a point by hitting the puck towards the opponent and putting it right into one’s goal-mouth. Every time a player gets the puck into one’s opponent’s goal-mouth, one would score one point.