Babe Ruth: Facts and Stats About the Great Bambino’s Life and Career 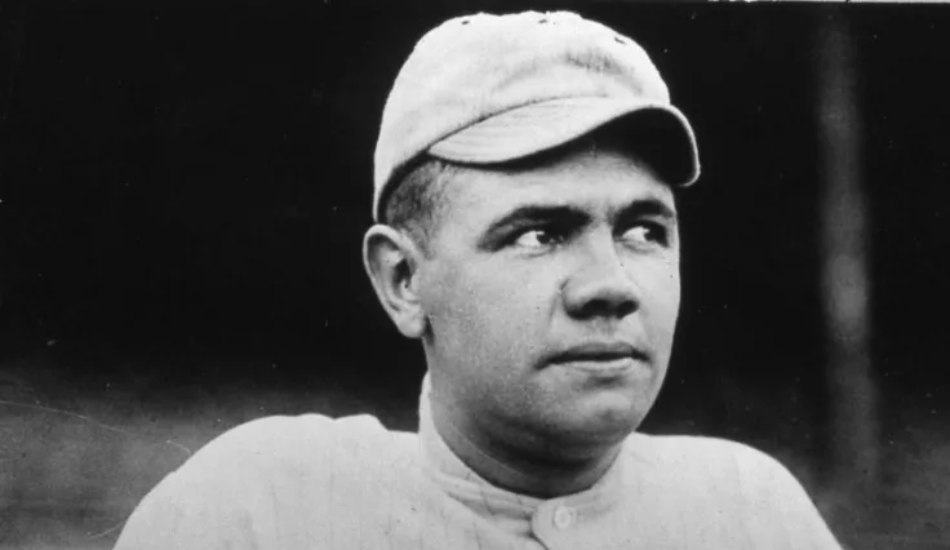 German Herman Ruth, aka Babe Ruth, was a famous American baseball player. Babe Ruth’s records are unbelievable. There is a saying that even in death, one should leave their legacy to be followed. It is true because Babe Ruth left his legacy to be praised and learned worldwide.

Babe Ruth played his first major league game on July 1, 1914, and it’s been over 100 years since Babe Ruth’s career stats began. There is a reason that they regard him as the most renowned athlete in America. He has been the most outstanding player in history.

If you want to know about his glorious journey, then you are in the right place. In the article, we will look at Babe Ruth’s biography in chronological order, from his childhood to his life after retirement.

Babe Ruth was born on February 6, 1895, in a place called Baltimore, which is in Maryland, United States. He was one of the two children who survived infancy out of eight children.

Babe Ruth’s childhood was terrible. He was continually troubling his busy parents even at a very early age, like chewing tobacco, drinking, skipping school, etc.

Since his parents were fed up with his careless actions, they sent him to St. Mary’s industrial school for boys in 1902, a catholic orphanage, and was Ruth’s home for 12 years.

Each boy in the school should learn a trade that will help him a career, and Ruth’s work was shirt-making. He has been an excellent observer of a wise monk called Mathias. He was a fatherly figure to Ruth.

Babe Ruth started his baseball career when he was a teenager at St. Mary’s with Matthias and other monks’ support. Even as a teenager, Ruth had an extraordinary skill as both hitter and pitcher.

His skills soon caught the attention of Jack Dunn, who was the owner of minor-league Baltimore Orioles.

At 19, Dunn became Ruth’s legal guardian to play baseball professionally, and that is how the nickname “Babe Ruth” was created. Ruth was a big guy; he was 6 feet tall with a weight of over 200 pounds.

After a short while with the club, they called Ruth to play a major league in Boston. As a left-handed pitcher, they recognized him as an important player in the entire team.

Harry Frazee, who was the owner and producer of the Broadway play, had to trade Ruth to the New York Yankees to pay off his debts in 1920.

Ruth signed a contract for $10,000 a year with them and started playing for the New York Yankees.

Babe Ruth played in the hitter position and soon turned out to be one of the best hitters in history and stayed famous throughout his life. They nicknamed him the “sultan of swat” by the sportswriter.

In 1925 Babe Ruth suffered from an intestinal disorder, and they declined his offensive production. In 1927 he hit 60 home runs, which reminded an unbroken record till 1961, Roger Maris hit 61 home runs and broke Babe Ruth’s record.

As he grew older, it reflected on Ruth’s playing skills and dropped rapidly in 1933 and 1934. He wanted to become the Yankees manager, but the team’s owner had reported that he has no control over his own behavior and let alone that of the entire team.

Hoping to become a big-league manager, he joined the Boston Braves as an assistant manager and player, but it didn’t work much for him with no big match to manage.

Over Babe Ruth’s baseball career, he hit 714 home runs, which were almost impossible to break the mark that stood firm. In 1974, Hank Aaron of the Atlanta Braves took over the record.

After being a famous player for many years, he worked as a first base coach in mid-season for Brooklyn Dodgers in 1938. He has also appeared in as many as four films.

He lost 40 pounds to play as younger Babe Ruth in “The Pride of Yankees’’. on August 24, 1942, he hit a home run for a charity game played for army-navy relief and attended other charity events.

Ruth’s health was falling by cancer, and his last public appearance was on July 26, 1948, at New York Yankees Stadium to celebrate its 25th anniversary. Shortly after he visited the stadium, he died at 53 years old because of cancer on August 16, 1948. He left all the estates to his foundation to unprivileged children.

Some interesting facts about Babe Ruth.

Though he is dead, Babe Ruth’s history and bio will stay with us forever. He has dedicated his entire life to baseball and cherished it with all of his heart. That is why he is seen as a legend by every baseball player.

Let’s See How Well Do You Know Babe Ruth

When was Babe Ruth born?

Where is Babe Ruth from?

What is Babe Ruth famous for?

How many home runs did Babe Ruth hit?

Who did Babe Ruth play for?

When did Babe Ruth retire?

What did baseball legend babe ruth keep on his head, under his baseball cap?