Can Soccer Cleats Be Used for Football? 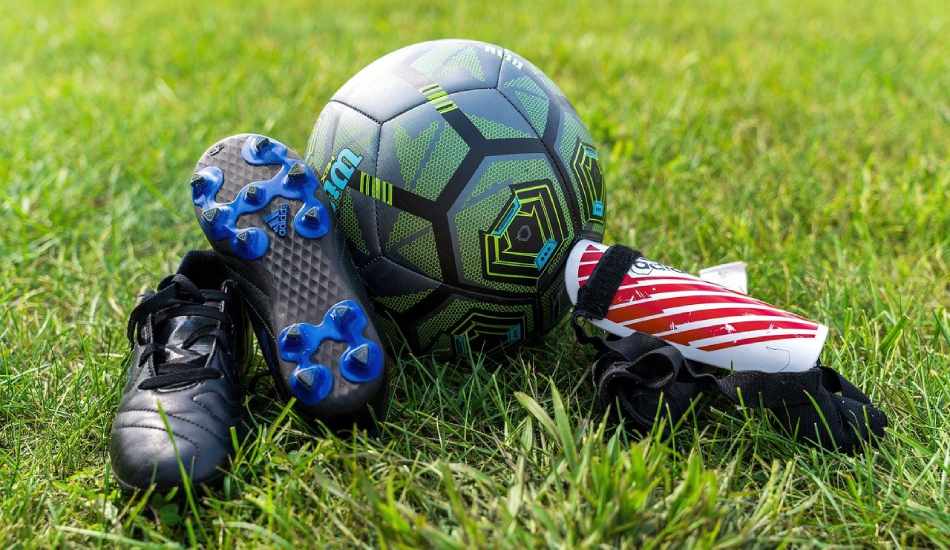 The players of both soccer and American football play in their uniforms. Just as they wear jerseys, they also wear cleats while playing both sports. In this regard, an important question that my friends, who happen to be the fans of both sports, ask me “can you wear soccer cleats for football?”

Other than being a pertinent question, it is also a little tricky one to answer given the similarity of the cleats for both the sports. If you consider the purpose of wearing them, they do a good job of preventing the players from slipping all of a sudden. Also, they provide stability to players and also help them increase their pace.

Must Read: Why Is Soccer the Most Popular Sport in the World?

There are three different styles in which football cleats are available but the cleats for soccer have a uniform style.

Are football and soccer cleats the same?

I would begin by saying that the cleats for both sports are distinct from one another. While the differences are visible in the weight, size, and appearance, it is primarily due to the purpose for which the cleats are designed.

By the mere look of soccer cleats, you can say that they feature a low cut. In contrast, football cleats show variations in this regard. They feature three contrasting styles – high tops, mid-cut, and low-cut shoes.

High tops offer support to the whole ankle portion which corresponds to the requirements of linemen. It favors the lateral movement of these players from time to time.

Mid-cut offers assistance to the ankle which is important for players who play for different positions. These include quarterbacks, wide receivers, running backs, and defensive backs.

Last but not least, low-cut shoes have a lighter weight than the other cleats. In addition, it also offers more speed than the others that helps players in advancing the balls to other positions.

The weight difference between soccer cleats and football cleats

From the above, it is clear that soccer cleats and football cleats differ from one another in several aspects. Another aspect in which you can find a variation between them is in the aspect of weight.

Before I highlight the fundamental differences between soccer and football cleats, I would like to focus our attention on the purpose they serve.

In the game of soccer, players need to run a lot. A heavy cleat would impair and prevent them from running freely which can impact their performance. This is one of the primary reasons for which soccer cleats are lightweight.

They involve polyurethane or rubber and synthetic leather. These building materials constitute the primary reason for which soccer cleats are lightweight. Another attribute that favors this feature is the lack of midsoles.

On the contrary, football cleats are made of synthetic materials and leather. In terms of construction, they are heavy with thick outsoles. Moreover, the majority of outsoles feature cleat caps that you can easily detach without much effort.

These removable cleats show a wide range of variations in terms of length. Speaking of the materials, they are made of metal, plastic, and rubber.

You won’t notice toe studs with soccer cleats, whereas they are a must for football cleats. They are present close to the big toe and help players when they attempt a shot in a hunched stance. Among other things, it helps players with the grip.

Can you wear soccer cleats for football?

The answer is yes but in case of the reverse, it is no. You can use soccer cleats for football because they do not make much difference in how a player would play the game. It’s just that football cleats are better equipped to facilitate a player in improving their game.

For instance, football cleats help in gaining additional jump leverage. It suits the playing style of an American football player as they do not need to run as much as a soccer player. Furthermore, the structure of the bottom of soccer cleats is different from the ones that are designed for playing football.

Now, let’s consider what happens when you use football cleats to play soccer. The bottom of football cleats consists of the spiky structure which is the primary reason for which soccer referees do not allow players to use them in a game. Due to the nature of the play of soccer, such cleats are likely to cause injuries to players.

There are some differences between spike-like structures on the cleats and spikes. The former consists of more cushioning features that provide players with the desired level of comfort to players.

Which soccer and football cleats can you buy?

While there is no denying the fact both soccer and football cleats are abundant in the online stores, the fact remains that there are some products that fare better than others.

Which one should you choose? To make things simple and easy for you, here are some of my recommendations for both kinds of cleats.

Soccer Cleats you can buy:

Football Cleats you can buy:

From the above, despite some similarities, you can find a number of structural and functional differences when you think of the soccer cleats vs football cleats comparison.

Can American football players use soccer cleats to play their games? The answer is yes. However, the converse is not possible due to the structural difference and the presence of a spike-like structure at the bottom.