What is a Day Night Cricket Test Match? 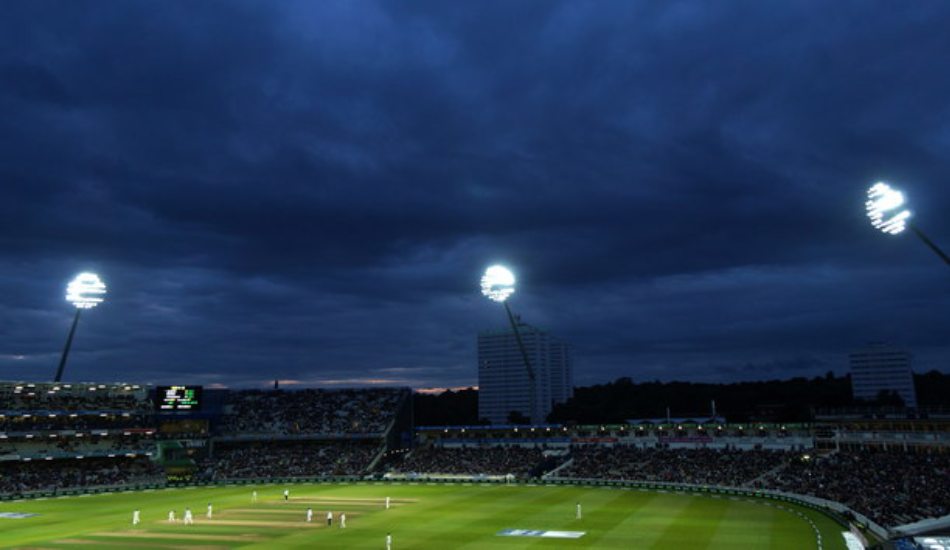 A lot of people who want to know more about Day-NIght Test Match, this post will walk you through some of the most important aspects of the Day-Night Cricket Test Match.

We tried to keep this post pretty comprehensive to give you a clear picture of Day-Night Cricket Test Match.

Knowing the History of Day-Night Cricket

Though the world knew much about day-night cricket only much later in the late 70s when Kerry Packer made it popular, the first game under the floodlights was played in 1952.

It was played at the Arsenal Stadium, where floodlights were installed in the summer before for football. The cricket match was played between the Arsenal Football Club and Middlesex County Cricket Club for the benefit of Jack Young.

It took two decades and a disgruntled media mogul to bring day and night matches back to popularity. It was not without difficulty that Kerry Packer made this format of the game popular. The tests that were played under the lights were not big crowd-pullers.

But the shorter format with just 50 overs attracted a lot of crowds.

Due to the disagreement between Packer and the Australian Cricket Board, the traditional cricket grounds were not available for the day-night matches.

This forced the World Cup Series matches to be conducted in football stadiums, trotting tracks, and showgrounds. It was here for the first time “drop-in” pitches were used.

Day-Night Test Match for the First Time Ever

It was in the first season of 1977-78 that for the first time, helmets were used in cricket.

This was because the WSC had adopted a more aggressive style of cricket to attract more people to watch the game instead of the slow-moving test matches of those times.

With Dennis Amiss appearing at the matches with a motorcycle helmet more people followed because the fast bowling on the “drop-in” pitches was not easy to counter.

The season of the day & night matches helped the development of protective headgear for cricket. This would later become a permanent fixture on most cricket matches around the world.

The Beginning of the Day-Night Test Matches

But the day & night format will come much later to the test matches. Though most countries welcomed the short format of the day & night matches England remained hesitant to join the bandwagon.

It will be interesting to note that the first day & night first-class test match was played in India during April 1997, much earlier than it will hit the international cricket circuit. But only white balls were used in this Ranji Trophy final match between Delhi and Mumbai.

One was against South Africa and the other against Pakistan. In August 2017 England also started playing the day & night test matches.

How many overs are there in the day & night cricket test match?

A total of 90 overs will be bowled per day in a day & night test match.

How long does a day and night test cricket match last?

When was the first-day night test cricket match played?

Over the past couple of years, the interest of people in Test Cricket has largely declined due to their increasing obsession with T-20 Cricket.

Day-Night Test Match is a wonderful initiative taken by ICC to promote test cricket and instil the interest in people back again.

However, only time can tell if the format gains popularity as is anticipated by many cricket enthusiasts.

Today, all the types of the game are being watched with the same enthusiasm.

The puritans among the cricket fans will still stand by the earliest form of the game.

No wonder, in times to come, people may get highly fascinated about Day-Night Test Matches but for now, we can only wait for the first of its kind to go live and of course, proper execution of the entire format.