How Pink Ball is Different From a Red Ball used in Test Cricket?

With Pink ball increasingly getting popular in cricket, Cricket fans are curious to know a lot about the Pink ball.

Needless to say, they have a lot of questions relating to Pink ball and in fact, many cricket fans are trying to figure out the differences between a Pink ball and a Red ball.

If you are one of them too, you are certainly on the right post at the moment for in this post, we are going to walk you through all the important comparisons between a Pink ball and a Red ball.

The most basic difference between the Pink Ball and the Red ball is in terms of the colors that they produce during a match while the Yellow floodlights are on.

While Pink ball with the black seam offers color with better visibility because of its good contrast with the players’ white clothing, the Red ball looks somewhat brownish under the Yellow floodlights and the color is pretty much similar to the color of the pitch which may cause distractions for the players.

The core part of both the balls is made up of cork and cots wool.

However, the major difference lies in the leather usage between the pink and red ball as the Pink ball uses an imported leather, unlike the Red ball.

The stitching method is the same for both balls.

The only difference with the stitching comes with the color of thread used for stitching.

The wax used in the red ball is absorbed by the ball when the match continues and this would help the bowlers to reverse swing the ball just by rubbing the ball and maintaining it’s shine at one side.

The wax not only makes the ball to swing in a full-fledged manner but also gives a glossy red color effect to the cricket ball.

The usage of the wax tends to turn the red ball into its cherry color while the same wax would change the color of the pink ball into black. That is the reason behind the usage of no wax on pink balls.

Instead of using wax for coating the ball, the pink ball is coated with PU based ball polish that can give resistance power which can prevent abrasions and it would help to maintain the color of the ball up to 80 overs.

The seam of the ball also holds a difference since the pink ball’s seam is much articulated.

These differences in the seam materials are maintained properly from the earlier period of red and pink cricket ball usage.

However, half of the game might be played while dew setting in.

The linen material present in the Pink ball seam tends to absorb the due and helps with a better grip. Virat Kohli, Ravichandran Ashwin, and others referred the PU coat as lacquer (a polish used on the ball) which is made up of nitrocellulose.

There are a lot of differences in the nature of the swing at different phases of the game.

The swing would be abundant even during the initial 10 to 15 overs with the Pink ball.

The reason behind the plenty of swings would be the usage of the lacquer which would not come out easily and it also makes the ball to remain pretty new for a long period of time.

The polish around the ball will help the ball move at an excellent pace.

Even after 45-50 overs, the nature of spinning would be the same. Now, this is something you can never expect with the Red ball.

An Advantage to the Bowlers

Everyone should accept the fact that the batting against the pink ball would be literally a challenging one.

If a batsman keeps a close eye contact of the ball from the hand and off the wicket, then he would possess a lot of possibilities for success.

What is the difference between red and pink cricket balls?

A Red ball and a Pink ball are different in many ways. They differ in terms of the colors they produce under floodlights, type of leather, thread color, Seam size and material, swing and bounce, etc.

Why does the pink ball swing more?

The pink ball swings more because of the lacquer polish around the ball which keeps the ball pretty new for a long period of time and, of course, the pronounced which gives a better grip.

Is the Pink ball going to help the bowlers?

What is the Pink ball not coated with wax?

The Pink ball certainly has many advantages over the other balls and it is going to take the game of cricket to its ultimate next level for sure by helping the players break out of their traditional limitations.

After all, the game will only get exciting when the players enjoy playing the game. 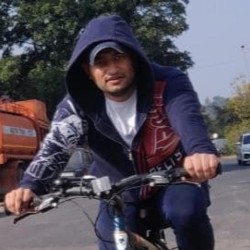