How many baseballs are used in a game 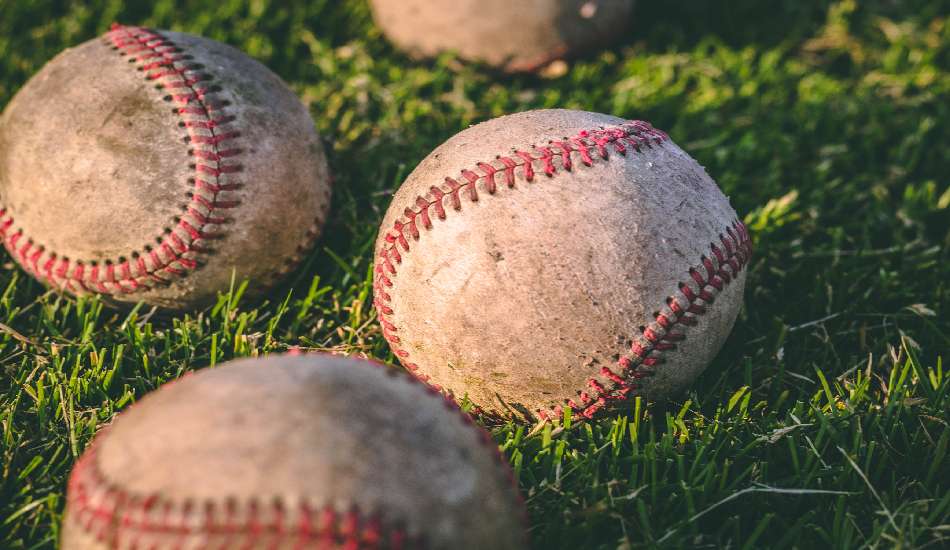 How many baseballs are used in a game?

In an MLB game, both players and ball boys keep a certain number of baseballs in their pockets. Besides, in such games, umpires or players also change balls from time to time at their will. While they do not own those balls, they still use them in a game.

Considering these things, you might want to know how many baseballs are used in a game.

To begin with, players and umpires use multiple baseballs in a game for different reasons. There is a long list of such reasons, ranging from foul balls to home runs.

That said, one thing is for sure: after throwing away a ball, they do not reuse it all over again. It does not affect the progression of an MLB game due to the unlimited supply of baseballs in each game.

Think of it and it might make you even more curious to know how many baseballs are used in an MLB game. Also, because baseballs are changed in the course of a game, you might want to get an insight into the average lifespan of a baseball.

Read on to get the answers to the above question as well as an insight into the other aspects related to it.

How Many Baseballs Are Used In An MLB Game?

While the average lifespan of a baseball is a hot topic for discussion among fans, they seek an answer to the following question:

How Many Baseballs Are Used In A Game on Average?

While thinking about the answer to this question, you are likely to consider the average life of a baseball. After all, it is the feature that decides how long a baseball would be used in a game

Whether you believe it or not, the average life expectancy of a baseball in a game is shorter than what most people expect. Due to this reason, baseball teams end up using several baseballs in a game.

On average, a manufacturer manufactures a baseball for only 2 pitches. This apart, balls can be changed depending on foul balls, home runs, or other reasons.

This answers how many baseballs are used in a major league game such as MLB.

However, as discussed before, a lot depends on the number of innings played in a baseball game. If it exceeds nine innings, the count for the number of balls may go up accordingly.

Wondering how many baseballs are used in a season?

At 120 balls per game, around 291,600 baseballs are used in a season. This figure may appear astonishing to the eye. However, on average, an MLB season involves 2,430 games.

And this figure excludes around seventy-five playoffs that take place in each MLB season.

Why Are So Many Baseballs Needed?

If you compare the standard pitching stats of MLB teams in 2020 with that of the previous years, you can see an increase.

In terms of percentage, it translates into an 8% increase in the number of pitches than in the past. In the future, this number is likely to go up even further.

Due to the increase in the percentage of pitches, the duration of each game has also gone up by almost 8%. The longer a game goes, the more are the chances of balls being changed and used.

Also, evolved bats enable sloggers to slog the ball hard which also has a bearing on the changed balls.

When you consider the number of balls used in a baseball game on average, you might wonder what is the cost of conducting a single baseball game.

So, how much does an MLB baseball cost?

While this cost may seem expensive on paper, it does not appear as expensive when one takes into consideration the materials used in manufacturing baseball plus the effort that goes into it.

What Happens To Baseballs Used In A Game?

This is another question that comes to the mind of baseball enthusiasts, especially those who are among the new fans or followers of the game.

Before you get to know the answer to this question, it is imperative to consider that used balls are not reused all over again in a baseball game.

In major baseball leagues, several balls are used in each game. Once the game is over, those balls are either used for batting practice or are used in the minor leagues.

Apart from throwing the used baseballs in the barrel for batting practice, some balls are either sold to collectors as game-used balls. Also, some balls are saved for the milestones of players. Such balls are taken out of play when a player reaches a specific milestone.

Knowing these things will help you follow the game with a critical eye on details.