How Many Players Can Play Together on a Soccer Team?

Home » Soccer » Soccer Guides » How Many Players Can Play Together on a Soccer Team? 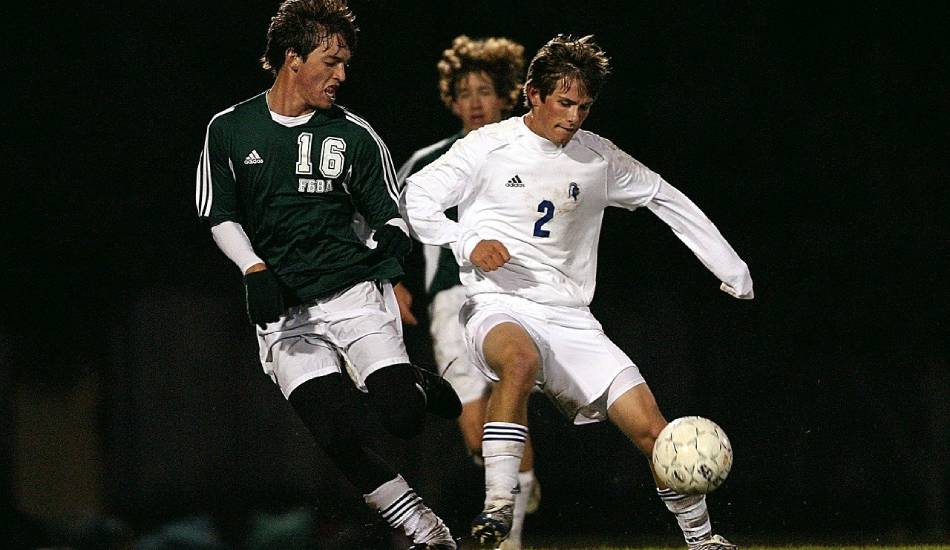 Soccer or the beautiful game, as people call it, is popular across the globe for several reasons. But for those who are more interested in the sport, rather than the aspects linked to it, it is a game involving two teams.

In a game of soccer, a  fixed number of player in soccer field represent two teams, whereas a few others sit on the bench as substitutes. Players from either category have their own importance in a soccer game.

How Many Players on a Soccer Team Can Play Together on the Field?

The number of players a side can have in a soccer match depends on the nature of the match in question. In this regard, the approach may be different for casual and professional matches.

In professional soccer games, each team is entitled to play a maximum of eleven players on the pitch. Rule 3 of FIFA specifies this rule along with the other guidelines.

Furthermore, the minimum number of players each side should have is seven. Again, this is a mandatory rule in soccer games involving adults. A match may not begin if there are less than seven players on a team.

Out of these eleven players, one player takes charge of the goal post and is known as the goalkeeper. His job is to defend the goal post for this side by preventing the soccer ball from entering the goal post. Others occupy the other positions on the pitch.

Some of them act as the attacking players or take up the job of moving the ball to the opponents, whereas the others defend the ball from getting close to either the goalkeeper or the goal post.

While following this rule is optional in junior tournaments, it is mandatory for soccer tournaments involving adults.

As soccer is a contact game, it has a larger possibility of causing injury to players than any other sport. Due to this reason, each team should have a minimum number of players on the benches to replace the injured players whenever the need arises.

Besides, there can also be some other reasons for using substitutes in the course of a match. For instance, sometimes a team may be in need of goals to either square up the score with the opposition or march ahead of it.

In such cases, a team may decide to replace defendants with attackers as the latter is equipped with the skills to carry the soccer ball on the other side which increases the chances of scoring a goal.

Also, a substitute replaces a player when the latter gets tired or needs a break. Sometimes the coach of the team may decide to replace a player on the field with a substitute if the player does not perform well.

How Many Players Can Be a Part of a Youth Soccer Team?

Some leagues have strict rules regarding who can take part in a match. The conventional rule is to state the names of the players and get approval for their inclusion before the start of a match.

However, this rule is optional as it varies from one tournament to the other.

How Many Soccer Players Can Be on a Team Including Substitutes?

As per FIFA Rules, there can be a maximum of three players as substitutes on a soccer team in professional tournaments. Because FIFA is an international body, this rule is a part of the international matches of soccer.

However, those leagues that are not part of international soccer tournaments play by their own rules. It is noteworthy that FIFA rules are mandatory only for professional tournaments involving adults. Other tournaments may or may not follow these rules.

However, only 11 out of these 14 players can be on the field at a time. And, of course, as the rule says, one of these players should be the goalkeeper.

Once a substitute replaces a player on the field, the latter cannot usually take part in the game thereafter. However, this rule may vary from one tournament to the other given that some professional leagues have their own rule in this regard.

Sometimes the number of players on the field can be less than 11. It usually happens when a player gets a red card from the referee who supervises a soccer match on the field.

Read on to find out what happens when more than four players are sent off in a soccer match.

What Is the Minimum Number of Players That Can Play on One Soccer Team?

In normal circumstances, a soccer team plays on the field with 11 players. However, this number may reduce when one or more players from the same team get a red card from the referee due to the violation of any one of the stated rules of the game.

In professional tournaments, a team hardly gets into a situation wherein five of its players get a red card. It is a possibility that cannot be written off, though.

Given that 7 is the least possible number of players with which a team comprising of adults can continue a match, it is forfeited immediately when the fifth player gets sent off due to a red card.

Soccer is a game comprising of simple and less-complicated rules. This aspect is prominent among the reasons for the popularity of the game on the planet. The soccer team size on the field consists of 11 players per team, including a goalkeeper for each side.

In a soccer match, especially involving the ones involving adults, a team can have a maximum of 3 substitutes in professional tournaments. Friendly kickabouts may or may not adopt the formal rules as specified by FIFA – the international body which manages global soccer tournaments.