What is the Difference between Soccer & Football?

Home » Soccer » Soccer Guides » What is the Difference between Soccer & Football? 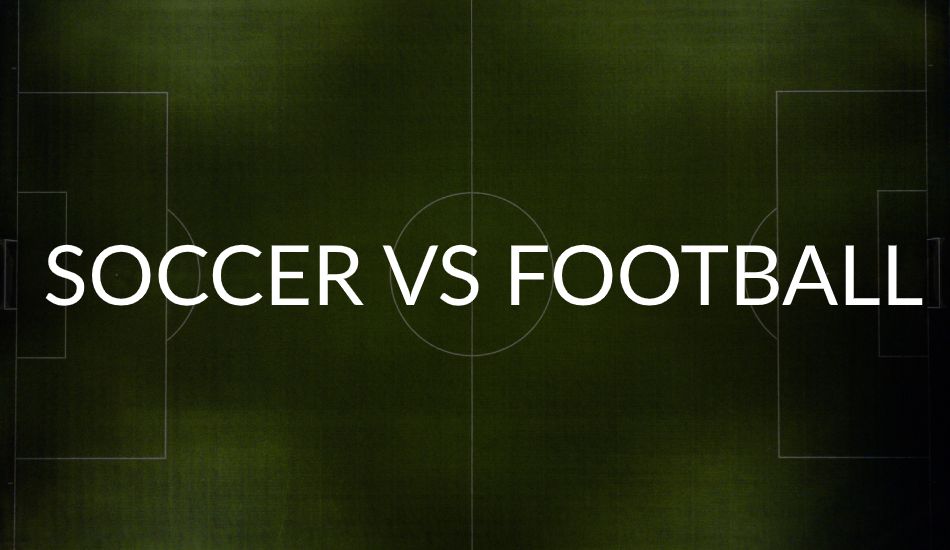 “The beautiful game” is popular on both sides of the Atlantic as “soccer” and “football”. The opinion or perception about it varies from one individual to the other. While to some people these are the names of the same sport, others consider them to be distinct from one another. Thus, people believe there are some similarities and differences between the two sports.

What is the Difference Between Soccer & Football?

In Europe, Asia, and South America, people are more familiar with the term “football”. On the contrary, people generally address it as “soccer” in North America. In this region, football refers to a different sport altogether with distinct rules from that of soccer.

However, this is just a subtle distinction. To get an insight into the differences between these names, you will need to consider the basics as well as the other aspects of the sport.

So, let’s dive deeper into the elements that differentiate or integrate the two terminologies.

Soccer vs. Football: similarities and differences

People in North America know “football” by the name “soccer”. Football, as you have already read, is a different game in this part of the world.

However, it does not mean that both sports are not similar in any way. There are some striking resemblances despite the existing differences between both of them.

We will use the name “soccer” and “football” from the North American perspective in subsequent sections of the post while talking about the similarities and differences between both these sports.

First up, let’s find out the similarities between the two.

Similarities between soccer and football

Whether you think of soccer or football, both the teams in a game of either sport go on the field with eleven players each. They collectively play for their teams to score goals using their sporting skills with finesse.

The playmaker has an important role in both these sports. But they are known in both the sporting activities by distinct names. While football teams and fans address them as “quarterback”, the ones who are inclined towards soccer use the term “midfielder” for this purpose.

In both sports, the team on offense assumes an important role. To a large extent, it can be attributed to the similarities in the offside rules of both.

Keeping it in mind, the players who belong to the offensive team need to proactively direct the ball to their opponent’s goal post. They draw up a strategy before the start of a game and try to stick with it when a game goes on to achieve this objective.

After foxing the defense of the opponents, the punters and kickers of a given team are responsible for seeing the ball through to the goal post to score a goal in both sports.

Now, that you have discovered how both the sports are similar to one another, it is just about time to consider the differences between the two.

Recommended Read: Can Soccer Cleats Be Used for Football?

Differences Between Football and Soccer at a Glance

Differences Between Soccer and Football

In a football game, the players of a team are divided into three distinct groups: offense, defense, and special teams. These players take up different tasks in the course of a game. But in soccer, the whole team plays as a single unit. Apart from the goalkeeper, the other players assume the same role.

A football field measures 100×53 yards, whereas the standard dimensions of a soccer field are (100 to 130) x (50 to 100) yards. This approach confirms that the size of a soccer field is much larger than that of football.

Not only this, but you can also notice certain other differences between the fields on which players play both these sports. For instance, you can spot a  harsh mark after every yard and a mark after ten yards on a football field.

In contrast, a soccer field features the combination of a kickoff circle and a midfield line. Besides, you can also spot two penalty areas on the two sides of a soccer field.

The duration for each half in a soccer game is 45 minutes. In a game, these halves conclude without any break or interruption. When it comes to football, though, there are pauses that may last for a maximum of 40 seconds. Moreover, the rules of football permit these pauses in all the four 15-minute quarters of a game.

In a game of soccer, only the goalkeeper is entitled to touch the ball with their hand. The same is not permissible in the case of the other 10 players of a team. On the contrary, all players can throw the ball using their hands in a game of football.

What constitutes normal tackles in American football can amount to a penalty in the game of soccer. Overlooking the seriousness of it can translate into yellow or even red cards in a game.

In soccer, a team can use three substitutes during a game. On the other hand, the rules of American football allow the use of as many as five substitutes in a game.

Players use different sets of dresses in a game before entering the field. In soccer players use jerseys, shorts, and cleats. American football players dress themselves up with uniforms, cleats, and helmet before the start of a game.

Scoring – how it’s done in the two sports

To score a goal in a soccer game, players need to play the ball in such a way that it crosses the goal line and then goes into the net. Speaking of a soccer net, it involves two posts and a crossbar.

In American football, touch down and field goals are the two options using which players can score goals for their side. The former yields six points, whereas the latter adds three more points to the current score of a team.

To score a touchdown, a player needs to touch the ball down after crossing the touchline. Football players can either make use of the touch or run option for this purpose. On the other hand, only the use of head and feet are permissible for this purpose in a game of soccer.

Until 2011, as many as 208 member nations of FIFA played with one another to book a spot to compete for the quadrennial World Cup. It is a tournament featuring the four top teams who play against one another for the championship title.

Besides, players take part in the games of regional tournaments on behalf of clubs in all FIFA regions to win regional trophies.

The Super Bowl is the venue that determines the champion in American Football. In this tournament, 16 top teams of NFC and AFC play against one another for the championship trophy.

While only professionals take part in the NFL, amateurs are also allowed in the World Cup.

Countries in which Football and Soccer are Popular 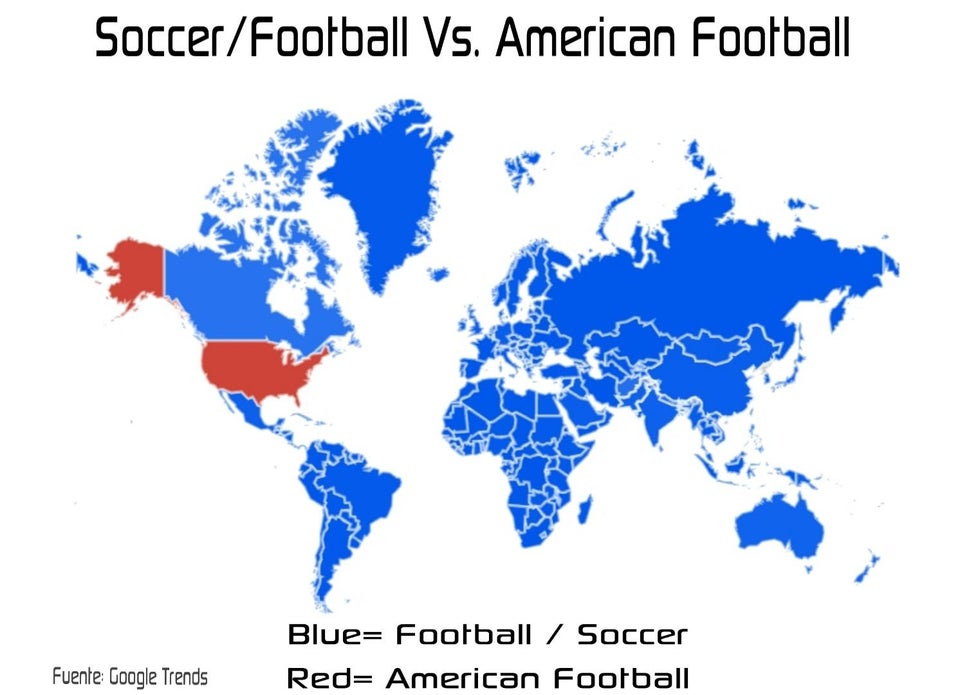 Together, these aspects play a major role in arousing curiosity and rekindling the interest among enthusiasts to find out both these sporting activities. The facts above explain why despite the existing similarities between soccer and football, they are different from one another.

Must read: Why Is Soccer the Most Popular Sport in the World?

1. Is football more dangerous than soccer?

2. What are the differences in the concussions in soccer vs football?

According to a study, footballers have a higher likelihood of being affected by concussions than soccer players.

3. Do soccer players get paid more than NFL players?