Why Soccer is the Best Sport in the World 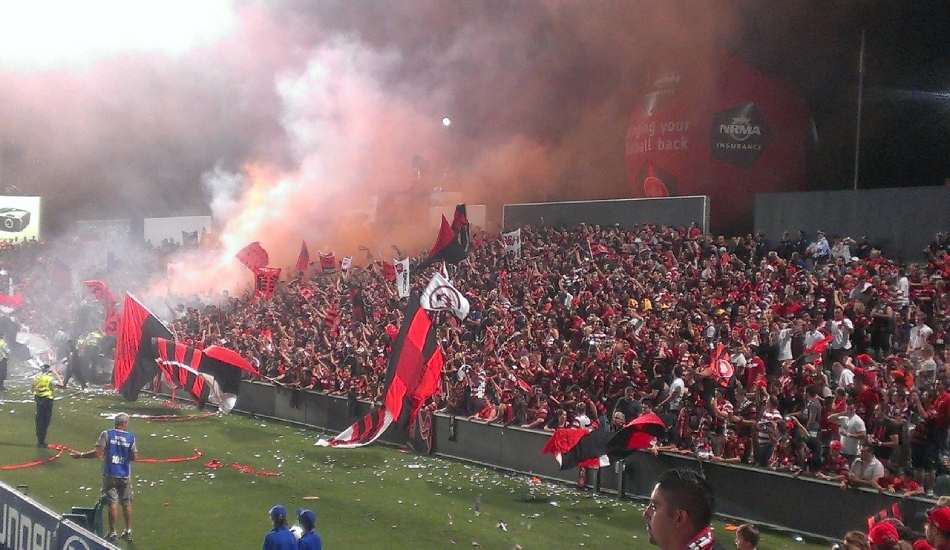 Without a doubt, soccer is one of the world’s biggest sports at present. Also known by the names of “the beautiful sport” and football, it has a massive fan following surpassing all other games on the planet,

But what makes soccer the best sport in the world? To find out the answer, you need to break down this question into as many parts as the aspects of the sport.

This post will outline fifteen strong reasons that make soccer the best sport in the world.

Reasons for Which Soccer Is the World’s Best Sport

1. The Global Nature of Soccer

The soccer world cup, which is held after a gap of every four years, is the sport’s mega event. It is comparable to a major festival or a public spectacle. In each game of this tournament, fans put all their differences aside to embrace the same color as well as the voice – the one that corresponds to “the beautiful game”.

From east to west and north to south, crazy soccer fans from all nations leave everything behind to witness and live for the sport. Both at the stadium and beyond, soccer bridges the gap between countries and communities at the global level with the message “the world is one for soccer.”

No doubt, soccer is one of the world’s most loved sports. As such, it leaves other sporting activities miles behind itself in terms of fan following.

Several soccer fans watch a game together which makes it the ideal platform for running major awareness campaigns. These include the ones related to racism, gender discrimination, child trafficking, and more. At the global stage, such campaigns enable welfare groups and international agencies to deliver a powerful message to several people at once within a shorter duration of time.

Besides, the global regulatory body of soccer has also taken some remarkable steps to eliminate racism, gender discrimination, and the use of foul language. Due to these changes, fans can expect a major transformation in the nature of soccer games in the future.

There’s hardly any sport in the world that does not involve the use of skills. But when it comes to soccer, it takes a different form altogether in almost every game.

Whether it is about an instep drive or a chip shot or any other shot, skill is that aspect of the sport that pulls up huge crowds of fans in the stadium.

There is more to a game of soccer than scoring goals. It is both about goals and skills; both these aspects work hand in hand to make a soccer game interesting to those who watch it. And as far as people are concerned, they love to see their superstar display exceptional soccer skills.

Thus, you can conclude that skills play an important role in making football one of the best sports in the world.

4. The passion for the Game

To most fans, soccer is not just a sport but their passion. Due to this reason, they leave no stone unturned to cheer for their favorite team in soccer games. There’s hardly any other sport on the planet that comes close to soccer in this regard.

In the course of a game, fans show support for their favorite team as well as its players by wearing team jerseys. From encouraging them to praying for their victory, passion is an element that keeps the fans and enthusiasts glued to the sport.

Oftentimes fans of both teams get into a brawl out of intense passion. But such incidents also reflect the love of soccer fans for both their favorite team which comes out of their love for the sport. It plays an important role in making soccer one of the best sport in the world.

5. The Involvement of Emotions

Being emotional by nature, humans have a natural tendency of displaying their strong feelings and emotions whenever they come across such a feeling.

Which sport makes a human being happy or sad in an instant? If you start thinking of an answer to this question, the next thing that is likely to come to your mind is soccer. Its fans have a typical way of celebrating or showcasing their emotions.

Sometimes they do not think twice before throwing a party in the elation of their team’s victory. Whereas, they also become sad when their team ends up on the losing side. Some fans even go to the extent of crying due to the disappointment of their team’s loss.

Soccer tops the list of sports that lead to such dramatic situations during and after a match. If it is on top of the list among the best sports in the world these days, the involvement of emotions with the sport deserves the credit for it.

6. The Element of Unpredictability

Soccer is synonymous with unpredictability. It is a game that abounds with opportunities to score goals.

While players convert a half-chance into a scoring opportunity with their skills, on one hand, they also fail to translate an easy opportunity into a goal on the other. Sometimes a team that looks to be completely out of the game in the first half comes back with a vengeance in the latter half of it by implementing a well carved out strategy.

When you add up these elements, it becomes crystal clear that soccer is a sport in which predicting the outcome is virtually impossible before the conclusion of a game. It becomes all the more apparent in closely-contested games.

Due to its glorious uncertainties, owing to these traits, soccer occupies the top spot on the list of the most engaging games on the planet.

7. Numerous Opportunities in the Sport

Soccer has been instrumental in transforming the fortunes of several players. Whether you think of Luis Suárez or Cristiano Ronaldo, there is a long list of players whose lives have changed due to their involvement with the sport.

Notwithstanding their childhood in poverty, soccer has presented them with a platform to not only refine their skills but also showcase them to both domestic and global audiences. As a result, they are popular both at home and abroad.

What can be a bigger thing for a sport than the fact that players from all backgrounds can take part in it and prove their mettle? Soccer certainly has it due to which, it belongs to the league of the best sports across the globe.

8. Symbol of Solace and Peace

Over the years, soccer has been able to establish itself as the symbol of solace even in times of unrest and mayhem. It is the only sport that exists in most war-ravaged countries. Syria, Iraq, and Afghanistan constitute the perfect illustrations in this regard.

One such example was the football match between the teams of occupying British forces and locals in Afghanistan. A game of soccer between these two sides played a major role in helping them win the hearts and minds of one another. There are also other such examples in the history of the sport.

If you draw a comparison between the history of different sports, you would find such instances mostly in the case of soccer. By playing an important role on this front, it has earned critical the reputation of being a game that is synonymous with solace and peace across the globe.

As a universal sport, soccer is for everyone on the planet. Regardless of their financial or any other background, players from all communities playing the sport without any problem.

It doesn’t take much to get started with playing the sport. All one needs is a soccer ball and the skills to make it dance to the tune of one’s feet. How one controls the movement of the ball with one’s feet and hits it into the goalpost or prevents opponents from doing it reflects one’s skills.

The skills, the strategy, and the shots – all come together to make soccer or the “beautiful game” the best sport in the world.

10. the Great Leveler Tag of the Sport

You may have heard that soccer levels everything. It is true in both letter and spirit. There is no better solution to overcome addiction to drugs than heading to the ground to catch some soccer action.

For those who are conscious about their fitness, soccer helps them maintain their biological clock. Among other things, it not only provides such people with a sound 8-hour sleep at night but also a healthy appetite. Football involves a lot of running which gives the body a good workout.

Most players opt for soccer due to these reasons. The same rule applies to those who take to playing the sport for the sake of their love for it.

Apart from world cup matches and other tournaments, professional leagues keep soccer fans glued to the action on the field throughout the year. These leagues have come a long way to ensure that the fans get to see some breathtaking performances involving the renowned players.

Major League Soccer is one such popular league in the United States and Canada. There are other such big names worldwide that have played a pivotal role in taking the game to the next level.

It goes without saying that soccer has tremendous potential for marketing due to its worldwide popularity.

From having investors evening to asking local businessmen around to discuss a club’s sponsorship options, the sport provides an opportunity to explore several possibilities for marketing. The involvement of media with the sport is another reason for which its popularity is on ascendance these days.

Marketing potential has helped monetize the sport in a big way due to which youngsters dream of representing a football team on the ground. Keeping in mind the huge amount of money involved in the sport, players do not shy away from carving out a career as a soccer player.

13. the Inexpensive Nature of Soccer

As such, everyone can afford to play this sport. Poor countries have embraced the “beautiful sport” primarily due to its inexpensive nature.

A game of soccer is played on the ground between the eleven players of two teams. Although individual performance has its own importance, the main focus of all players remains on the performance of the team. They play a game with the desire and goal of winning it for their team.

Players from both sides do their best to complement each other and put the game strategy for the team into practice. They do so to improve the chances of victory for their team.

15. The Simplicity of Soccer Rules

The rules of soccer are simple and straightforward. Anyone can learn them easily without much effort and get started with playing the game. Perhaps the sport is popular among both children and individuals of all ages for this reason.

For those who are more interested in the sport than its rules, there is only one rule – to legitimately deliver the ball into the opposition’s goalpost. One doesn’t need to memorize all the rules of the rulebook to do it. As most rules are for professional tournaments or competitions, knowing the basics just works fine in friendly kickabouts.

If you have ever wondered why soccer is the best sport, the aforementioned reasons answer it in the best possible manner. If you haven’t started playing soccer yet, think about doing it for one of these aspects