How to Play Beer Pong? Rules of the Game

Home » Table Tennis » Tips » How to Play Beer Pong? Rules of the Game

The origins of Beer Pong dates back to the time between the 1950s and 1960s. It originated in the United States in the decade between the two years. Just like most other games, this one also involves two teams.

But unlike most other indoor and outdoor games, its nature is slightly different. It is a drinking game, and it has been growing in popularity ever since the time of its emergence.

Read on to know all you want to know about how to play beer pong, its rules, it’s scoring, and all the other aspects.

What is beer pong?

Beer Pong is a drinking game featuring two teams. In it, players from each team throw a ping pong ball to land it in their opposition’s cups placed on a table.

If the ping pong ball lands in one of the cups of the opponents, the latter removes it from the table and drinks the beer in it. A Beer Pong game continues until the players of one side eliminate all the cups of the other side.

The object of the Game

Two aspects add up to constitute the object of the beer pong game: drinking alcohol and winning the game by removing all of the opponent’s cups.

The objective of the players of each side is to play beer pong skillfully to drink lesser beer. However, those who are addicted to alcohol deliberately play the game in a way that they get to drink more of it.

What all do you need to play Beer Pong?

On pen and paper, the straightforward rules may make it look simple to play Beer Pong. But according to rules, you need to arrange for a few items before you can start playing the game.

The items you need to play Beer Pong include solo cups, a rectangular table, ping pong balls, and beer.

As far as the exact numbers of these items, the table below gives a fair idea about it.

Setup for a Beer Pong Game

The setup for the game revolves around the rules. Here’s a step-by-step guide that tells how to set up beer pong.

How to Play Beer Pong?

The ping pong balls remain with the team that goes first. Apart from the rules that define how to play beer pong, both teams must also focus on getting the equipment and set up for the game. Quality items can make the overall experience of playing the game invaluable for the players of both teams.

Read on to get an insight into how many balls for beer pong you need at a minimum and how to play cup pong.

First up, here’s an insight into how to play beer pong.

If you are wondering how to beer pong, these rules sum it up. Read on to know more about scoring, winning the game, and other rules linked to it.

Scoring plays a prominent role in every game. It marks the line of distinction between a win or a loss. It also has a similar role in a beer pong game. However, there is a different method of calculating the scoring of a beer pong game.

Each of the teams starts a game with 10 to 15 cups and this number keeps reducing with time until the final result. The objective of each team is to retain as many cups as possible while reducing the number of cups with the opposition to 0.

When one of the teams succeeds in eliminating all the cups of the other team, the game comes to an end. If both teams end up with 1 cup each and eliminate it in the final round, the game ends in a draw. If a beer pong game ends in a draw, overtime helps decide the winner.

A maximum of 3 cups is used in the overtime round. The team that succeeds in eliminating any one of the three cups of its opposition emerges victorious in the end. If a single round of overtime does not produce any result, multiple rounds of overtime can be used to decide the winning team.

When a team eliminates all the cups of the other team without losing any of its cups, the ensuing situation is called shutout. In such a situation, the winning team asks the losing side to perform a dare.

Though it can be embarrassing or challenging for the losing team, it has to perform the dare as directed by the winning side. The latter decides the dare to be performed.

The players of each team must stick with the above Beer Pong rules throughout the game for fair gameplay. Read on to know more about it.

“What are the rules of beer pong?” is one of the commonest questions that comes to the mind of those who wish to get an insight into the game before playing it.

Here is a list of some of the beer pong rules and regulations.

For those who wonder how to play beer pong game, the above rules answer the question in the best possible manner. Because it involves beer or alcoholic drinks, players need to be careful.

They should take steps to make certain that they take a regulated amount of beer or alcohol to stay safe from the standpoint of their health. Playing by this rule, in conjunction with the other rules of the game, can go a long way toward making it a fun activity. 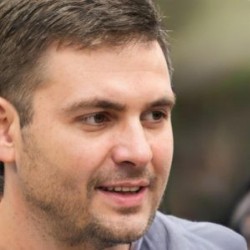