A Brief History of Ping Pong, aka, Table Tennis 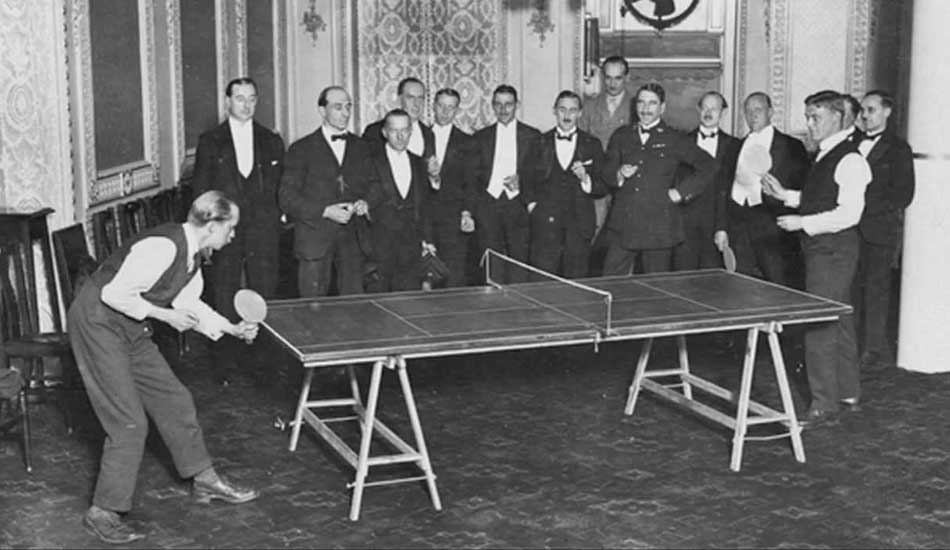 We have tried to cover everything that you would like to know about Table Tennis, aka, Ping Pong.

Similar to the majority of the other sports, the game of ping pong also had a humble start that was accessible to any individual with a ball, paddle, and a table. Table tennis was started in 1880. It all began when the players of lawn tennis figured out a game to be played indoors in the chilling winters.

Table tennis is on the sixth position of the most famous games in the world and its worldwide fan following is estimated to be around 850 million. To play this game, mainly two or four players can participate. The players of the game stand opposite one another at the tennis table which is divided into two segments by a net and they keep hitting the ball.

Table tennis and the equipment associated with it have a trademark name called Ping Pong. The history of table tennis is marked at the ending of the 1800s while the game caught immense popularity at the beginning of 1901. In the 1900s, various tournaments were held in which more than 300 participants used to take part.

How Table Tennis got the name of Ping Pong?

It is worldwide spread confusion and many people believe that the two sports are different. Table Tennis and Ping Pong are the two names of one sport and are used interchangeably. Just like the nicknames, Table tennis nickname is Ping Pong which is still very much in practice in China and in almost every nation of the globe.

Its inception story dates back to a night when high profile Victorians started the game just to freak out as it was raining outside.

The dining table was initially used with books arranged in the center whereas these days nets are placed, and cigar box lids to hit the ball on the other side of the able.

It was primarily named Whiff-Whaff due to the sound generated as the ball bounced. Also, books were used to smash the golf ball to another end in place of rackets.

In 1990, Mr.Gibb, an uncompromising whiff-Whaff player brought a celluloid ball and the sound produced resulted in the naming of the game and was called Ping Pong.

The name was inspired by the sound of the ball. It was in England that John Jacques registered the name Ping-Pong. While there were other sports lovers who started calling it Table Tennis.

ITTF formation in Berlin marked the separation of the commercial game (Ping-Pong) and the sport (table tennis). The table tennis became popular as it was thought to be played for competition.

How Ping Pong spread to all parts of the world?

According to Athnet Get Recruited, in the year 1902, a professor of Japanese university took ping pong to Japan, introducing it to the students of his university. And after a short while, Edward Shires (a British salesman) introduced the game in Budapest and Vienna. It was the start of the ping pong origin across different segments of the world as the seeds for this sport were sown with these incidents.

Ping pong had commenced spreading in Britain outside the scope of middle-class communities in parts of London and the league was continuing to build in provincial towns including Plymouth and Sunderland.

All England Club was founded in the year 1922 which boasted the popular individuals of that time, including the famous cricketer- Jack Hobbs. The Daily Mirror conducted table tennis tournaments all over the nation in which nearly forty thousand competitors competed.

English Table Tennis Association was founded under the chairmanship of Ivor Montague, who was the son of Lord Ewathling. He is considered the architect of Modern Table Tennis. Stated by Ashok Kumar in his famous book named as DPH Sports Series Table Tennis about ETTA getting enrolled with 19 leagues at that time, which is now more than 300 with over 75000 players.

The Birth of ITTF 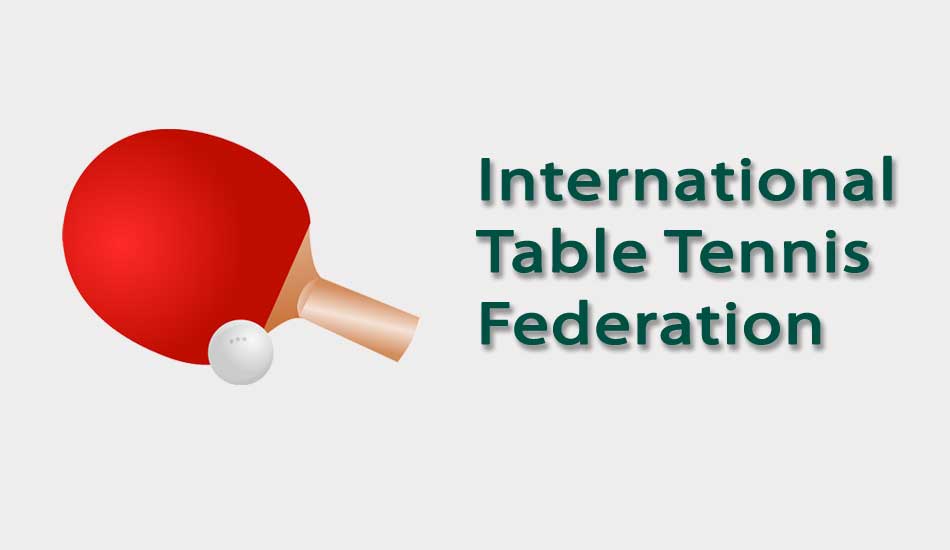 International Table Tennis Federation was founded in Berlin and it couldn’t be registered as it was already registered. The Federation was renamed with as ITTF and is said to have established in the year 1926.  The founder of the federation was William Henry, who belonged to Wymondham along with representatives from England, Denmark, India, Hungary, Sweden, Germany, Wales, Czechoslovakia, and Austria.

It was the huge responsibility for the members of the federation to promote the sport internationally and to execute their aim; few elementary functions that were mandatory to perform were crafted. Here is the list of signification duties of the Federation:

Table Tennis in the Olympics and World Cup 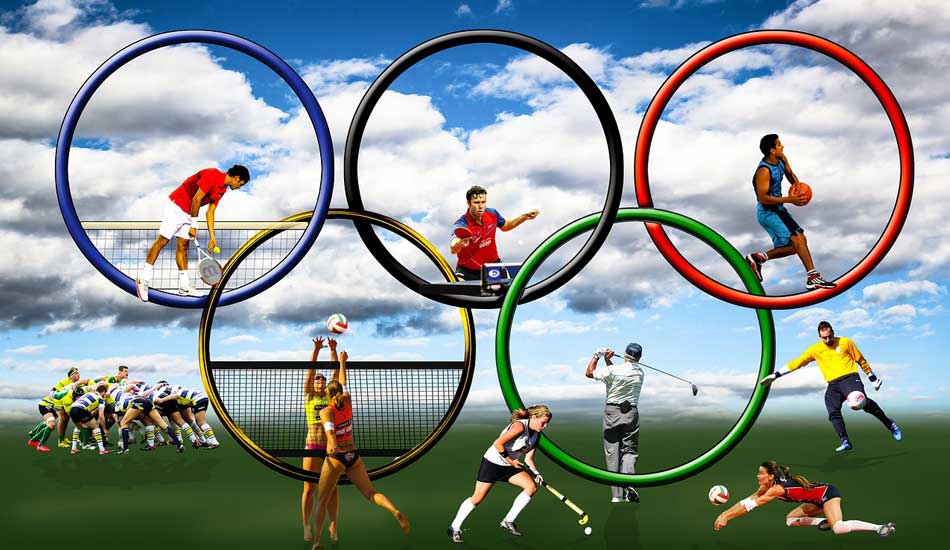 As stated in their article published in PingPong Pedia foremost unofficial world ping pong championship was held in 1902.

But it took almost 24 years to conduct official world Table Championship which was held in Hungarian and London in 1926 and the winner of the championship was Dr. Jacobi.

ITTF conducted the first official World Championship competition in 1927 in London and seven nations sent its representatives in the competition.

The popularity of the world championship competition has increased tremendously which is well evident from the fact that 101 nations took part in 1997.  Now, precisely 140 countries are members of the ITTF table tennis world cup.

In the brief history published by Britannica, the first Table Tennis men world cup was held in 1980 and ruled the championships till 1996 when women singles competition was held.

This table sport got its entry into the Olympics in the year 1988 with competition for both men and women doubles and singles competition.

Hungary’s men lifting the title of the championship 12 times, China’s Men’s and Women’s teams with great pride won the title 20 times each while Japan’s Women team bagged a total of 8 titles.

The last Table Tennis team World Cup was hosted by London on February 22-25, 2018. Almost every nation of the globe participated in the championship with their finest players proving their metals at Copper Box Arena in London’s Queen Elizabeth Olympic Park. The last Team World Cup was held in Dubai in 2015.

Another addition to the list of Paralympic sports was made in 1960 during Paralympic games held in Rome and was participated by a handful of players but now over 40 millions players prepare themselves to participate in different sports.

The championship for Paralympic table tennis involves competition in individual or double events having matches of five sets with 11 points in each set. As validated by Sports Olympics in 2016, at Rio Paralympic Games, 276 athletes from almost all nations competed in 29 events.

Table Tennis in Context with the Recent Time

Not only civilization but sports also evolved with time and the same has been the story of Ping Pong sport. Not only the rules were changed from time to time from the Ping Pong history, but also the equipment has undergone major changes.

Earlier champagne bottle caps were used as a ball, but now only the material and weight of ball has changed but the material of bats or paddles is also player friendly now.

Different colors of rackets, the thickness of sponge and rubber sandwich is controlled in the interest of players. From a small dining room, the stadium has now turned luxurious and fully air-conditioned.

FAQs about the History of Table Tennis

Are table tennis and Ping Pong sport the same?

Table tennis and ping pong are the two names of one game. It was initially named ping pong due to the sound produced by the type of material used. When this gentleman game got official and was played to compete, it was called table tennis.

When was the table tennis primarily played?

It is hard to actually pinpoint the first time it was played but is said to be played by players of lawn tennis inside the room on their dining table during the rainfall on their lawn tennis court. They played initially with books kept in the place of net and cigarette boxes were used as paddles. It was said to be a gentleman and women games around 1901.

In which country did the sport originate?

The game of Table Tennis originated in England in Victoria where the upper class used to play this game as a parlor game after having their dinner.

Who is said to be the architect of modern Table tennis?

Table tennis got famous all over the world on April 24, 1927. English Table Tennis Association was founded under the chairmanship of Ivor Montague, who was the son of Lord EwathlIng.  He is considered the architect of Modern Table Tennis.

When did the Table Tennis rules change?

In the year 2000, the Olympics took place in Sydney after which the ITTF declared a number of changes in the rules of the game. The objective of the alterations was to make the sport more viable when it comes to watching it as a sport on televisions.

Why were table tennis balls designed to be furry?

The fur in the tennis balls is kept behind a practical purpose and that is to keep better control in the ball and show more consistency in a number of diverse surfaces.

What is the most interesting thing marked in the history of table tennis sport?

The most fascinating fact about tennis history is that the longest duration tennis match was recorded to be of around eleven hours and it lasted for 3 days.

Which players are considered to be the greatest table tennis personalities of all time?

Although this question does not have an appropriate answer as many players have built their league in table tennis. However, if we would have to ideally nominate the best players, we would consider three players for this title- Zhang Jike (from China), Ma Long (from China )and Jan-Ove Waldner (from Sweden).

What issues is the sport facing in gaining its popularity?

Though table tennis is not a worthless and easy game, it seems so when people watch it on television or sometimes even in a live match. People, who are not the sports players, do not have enough knowledge of the speed and power needed for playing the sport and therefore lack thrill in watching the game.

Is there any difference in the rules of Table Tennis and Ping Pong?

Though Ping Pong is the nickname of Table Tennis, there is quite a difference in the rules of both. There are differences in rackets and scoring of both the games. Know the difference here.