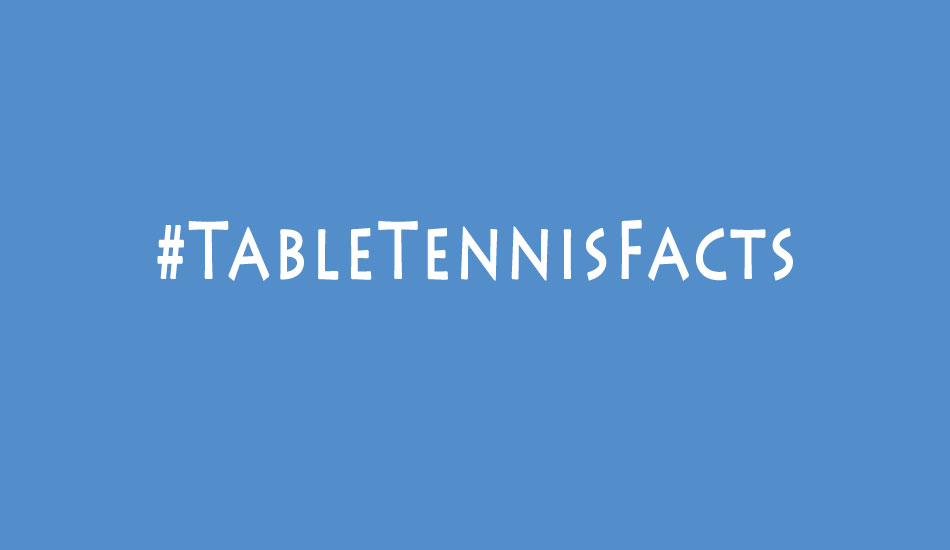 Did you know that a game of table tennis a day can actually help in brain development? Did you find this Table Tennis fact interesting?

There are many table tennis facts and stats that even the biggest fanatics are not aware of.

Also known as ping pong, the game is not merely a part of dusty basements anymore. Building on that, let us take a look at some interesting table tennis facts to enhance your knowledge of the thrilling sport.

Did you know that unlike the popular opinion, the balls used during a table tennis match are not hollow? This is the main reason why once a tennis ball breaks, players cannot use it once it’s broken. It is filled with a gas and that is why players can’t reuse a broken table tennis ball even after sealing it.

According to the International Table Tennis Federation, the intensity with which a ball should bounce after hitting a surface is fixed during an official tournament. When a ball breaks, the bounce rate is hampered which makes the ball unfit for further use.

2. It’s a calorie cutter along with a brain enhancer.

And you were in the illusion that chess was the only game challenging your brain. Well, considering the amount of calories table tennis burns and the stimulation your brain gets, it is safe to assume that a single game of ping pong shoots two birds with one stone. According to healthcare professionals, table tennis is the best brain game in the whole world.

3. Players used books instead of bats to hit the ball.

Yes, you heard it right. Before the invention of ping pong bats, players used books to hit the ball. Sandpaper, wood, and sponge are some of the other material used to hit. Basically, people continued with the sport with whatever thing they got their hands on.

According to the standard table tennis rules, the bat should have a red and a black side. 85% of the paddle should be made of wood and it should have one smooth surface.

4. Everyone can play Table Tennis at the Olympics regardless of age.

If you can swing a bat, they can’t stop you from playing ping pong. No matter whether you are 90 years old or just a toddler swinging the racket.

In the recent Rio Brazil Olympics, the youngest player was 15 years old and the oldest was 54 years old.

5. The most successful Ping Pong Player is not Chinese. 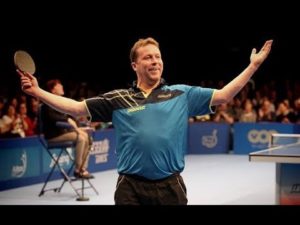 According to popular opinion, it is likely that the most accomplished table tennis player is from China. However, that’s far from the truth. Even though China has won 109 out of 137 world championship competitions.

But the player with the highest number of accolades is from Sweden. In fact, Jan-Ove Waldner, also known as “the Mozart of table tennis,” holds more popularity in China than in his homeland.

6. Ping Pong improved relations between China and The US.

In 1971, a table tennis tournament restored amicable relations between the US and China. A year ago, the situation between the two nations was tense. After the tournament, Nixon also paid a visit to China to strengthen the bond.

For six years, China locked itself to the entire world. But history was made when it invited Canada, UK, US, and other countries to participate in a tournament held in China.

7. Ping Pong or Table Tennis was earlier known as Gossima.

There were many companies wanting funny names such as Punchball, Pim-pam, Flim-flam, Whiff-whaff for table tennis. John Jacques gave the original name Gossima but adopted ping pong once that failed.

Earlier, only the members of the upper class played the sport. It was after sports manufacturers started wanting to get credit, the feud between table tennis and ping pong began.

Table tennis was banned in the Soviet Union from 1930 to 1950 because the authorities believed the sport was harmful to people’s eyes.

Since 1927, table tennis was well-played as a competitive sport. However, between 1930 to 1950, the government of the Soviet Union banned the sport claiming that it was harmful to the eyes.

But gradually, the size of the ball was increased for better gameplay. Moreover, fans watching matches on TV could see the ball clearly. 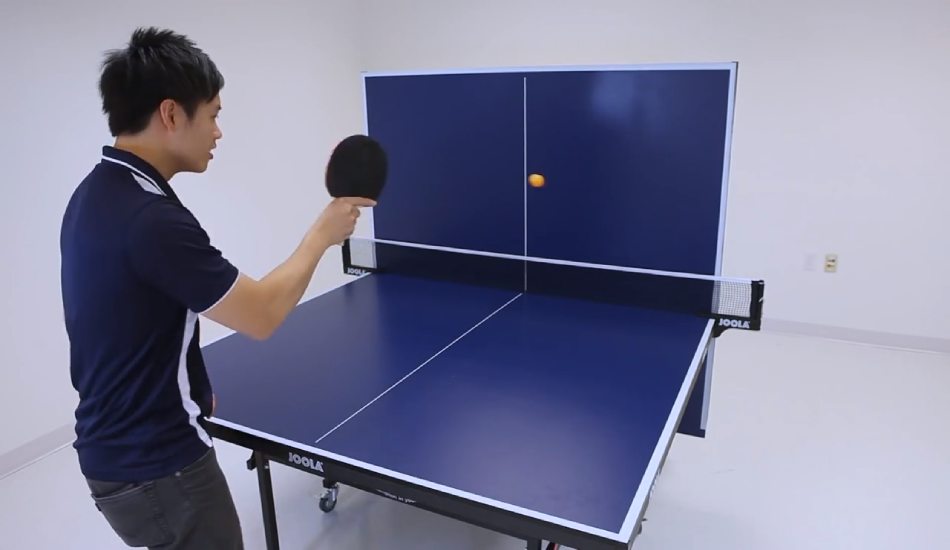 Daniel Thompson is mainly credited with inventing the Bagel machine. However, he spread out the entertainment value of recreational rooms and created the first table. The foldable ping pong table had two wheels, an accomplishment most people don’t recognize him for.

Here is another interesting table tennis fact, roam around New York City and you will find bars that offer customers to indulge in a friendly match of table tennis. A large number of people across the world are ping pong fans. This is the reason why it can’t go fail as far as recreation rooms are concerned.

11. Most likely, the game of Ping Pong started in England.

When it comes to table tennis, most of the historians are of the opinion that the sport began in Victorian England. The aristocrats were in favor of playing the game indoors. They used book stacks as nets and cigar boxes as paddles.

Some believe that while the British officials were residing in China or India, they invented the game and brought it back to their homeland.

You can read more about the history of table tennis here.

12. It’s a versatile sport in the Olympics.

From women’s singles, men’s singles, and team matches, the event comprises of many categories. In the 1988 Summer Olympics held in Seoul, the game was first played at the Olympics.

13. Ping Pong has the highest popularity in Asia.

Even though table tennis is now a global sensation, the highest popularity of the game is in Asia.

The game started to spread to Europe in the 20th century.

However, it wasn’t long-lasting. Even though the British introduced it in the early 1920s, by the 50s, all the popularity diverted to Asia.

14. Table Tennis is all about speed

Skilled players can throw the ball at a really high speed.

Lisa Lomas and Jackie Bellinger hit the ball about 173 times per minute which set a world record.

15. Ping Pong is the most popular indoor game in the world.

More than 222 countries are integrated with the International Table Tennis Federation.

In 2012, about 34 million viewers watched 2012 London Olympics men’s singles match. One of the main reasons behind the popularity is that people of all ages and build can play it.

16. There is a wide variety of types of Table Tennis rubbers.

In all the sanctioned table tennis events, it is a mandatory requirement for the players to cover their bats with rubber coverings.

There has to be a red and a black side. Players can use different varieties of rubber though. Pimpled and smooth rubbers impart different kinds of spins on the ball.

Since 1901, celluloid was used to make ping pong balls. But since July 2014, plastic balls are used in almost all table tennis events. The authorities have been encouraging all the affiliated countries to use plastic balls since September 2015.

The game has been gaining increased popularity in recent years. It has a historical legacy that will go on for years. If you can swing a paddle, you can play tennis. Even though the game requires skill, you can easily develop it without any major difficulties.

18. China and South Korea are crazy about Table Tennis.

When it comes to table tennis, China gets all the hype. However, as far as becoming number one is considered, South Korea leaves no stones unturned in training the players to win ping pong matches.

However, overall, China is the country that is best at table tennis.

19. Players are not allowed to touch the playing surface.

If the ball is in play and you touch the playing surface, that is, the table top with your non-racket wielding hand, you have to forfeit your point even if you gave your best shot.

20. You can touch the table with the bat but there is a catch.

If your bat touches the table, it’s not breaking the rules whether it happens during a serve or a rally. But if the table moves because of the blow, you don’t get the point.

21. Forpheus a Table Tennis robot made a world record.

Did You Learn a New Table Tennis Fact Today?

This sums up some interesting facts about table tennis.