Different Types of Table Tennis Grips (& How to Master Them) 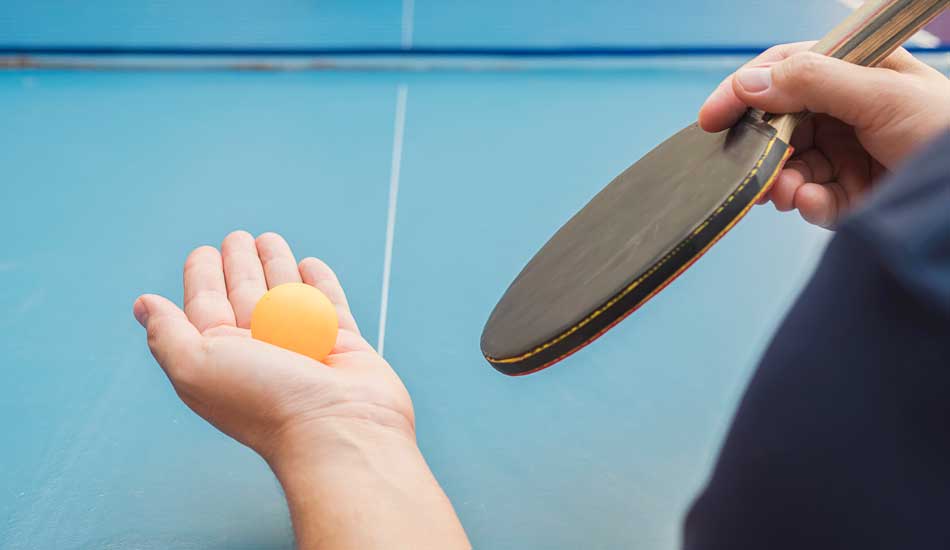 Do you know there are various table tennis paddle grips that you can use while playing?

Do you want to master table tennis grips?

In table tennis, the success of any player depends on how well a player executes the various stokes. And to have a better hold of the various shots one requires many years of practice.

However, before you can actually start working on perfecting the strokes, it is always wise to experiment with the various types of table tennis grips and finding your favorite grip.

You can choose the grip that allows you more freedom and dexterity in perfectly executing the various types of strokes.

The Shakehand Grip has actually evolved out of Western players and gradually got popular among the European and Asian players too.

The technique got its name for the way one would normally do a handshake with another as this grip-technique comprises holding the racket pretty much similar to a handshake.

This grip technique can be further divided into two sub-categories:

The two TT grip techniques differ a little from one another and will certainly need you to observe the differences closely to fully comprehend the differences.

The two styles basically differ in terms of thumb placement:

In the case of the deep grip, a player would relax one’s thumb over the rubber,

and in the case of shallow grip, a player would relax one’s thumb over the blade. 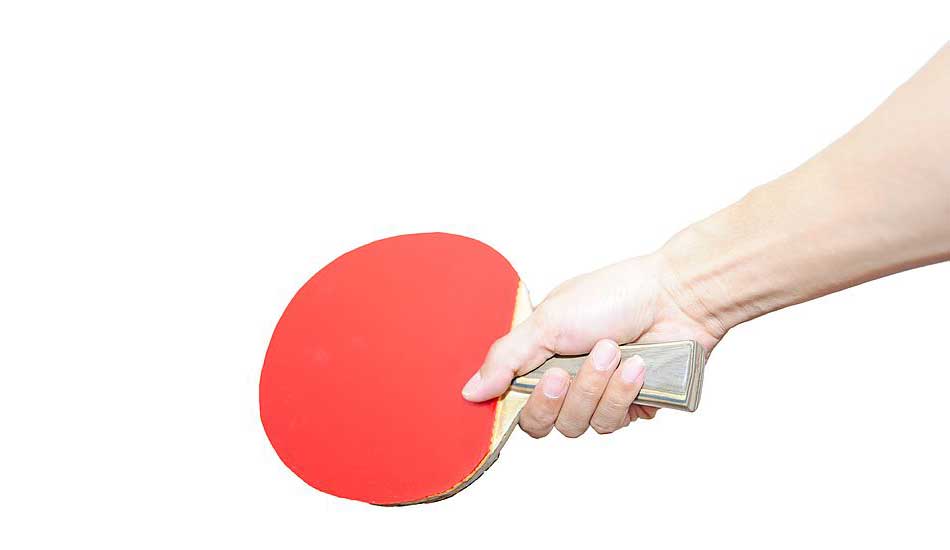 In this style, a player usually positions one’s thumb on the racket’s rubber. The technique is mostly used by players who don’t need much of wrist flexibility and who are only looking for a tight hold of the racket.

The grip style is best for players who prefer more of an accurate attack than an attack with plenty of force. Also, there are times when a player if not actually in a position to attack and the most one can do in such a situation is accurately get the ball to the table edges.

However, the grip style is ideal for both forehand and backhand. Also, one can easily switch from side to side using this technique.

Also, a lot of aggressive players find this technique a lot effective in hitting the ball really hard as this style hardly has to do anything with the wrist flexibility. 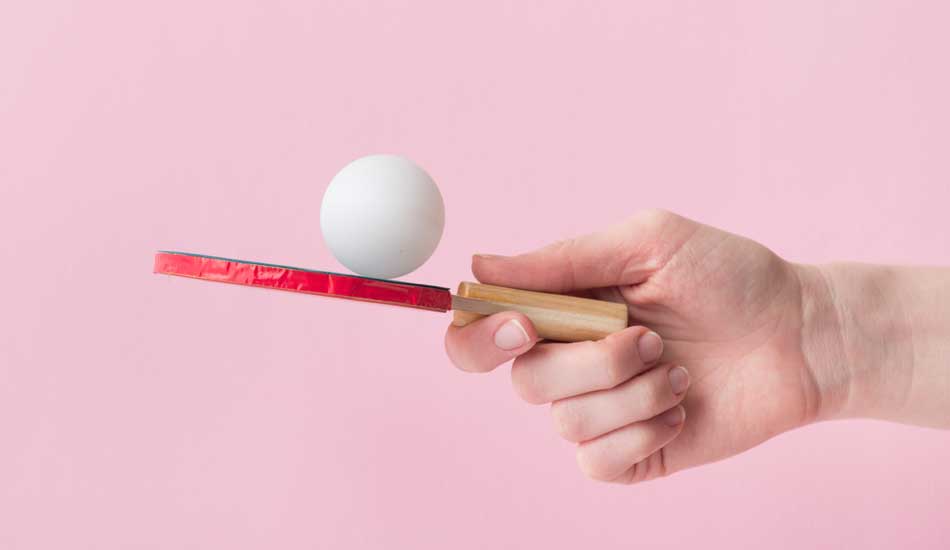 The Shallow Shakehand grip is a common grip style among the beginners for the reason that it offers amazing flexibility of wrist which eventually improves your ability to spin the ball while executing the serves or loops.

Also, it helps you return the ball to your opponent more conveniently and efficiently.

Most importantly, the grip allows you exert more force on the ball and this is the reason that it can be perfectly used for both forehand and backhand strokes. This, in turn, makes a lot of room for a player to attack the ball with the same strength from any position.

Important: Make sure to avoid these embarrassing table tennis mistakes

Another hugely popular way of holding the racket is the Penhold Grip and it has 3 variations such as the Japanese/Korean grip, the reverse backhand grip, and the Chinese grip.

The reason the grip technique is called the Penhold Grip is that it is similar to the way one would actually hold a pen while writing with the index finger and the thumb at the front of the handle and the rest folded behind the head of the racket. 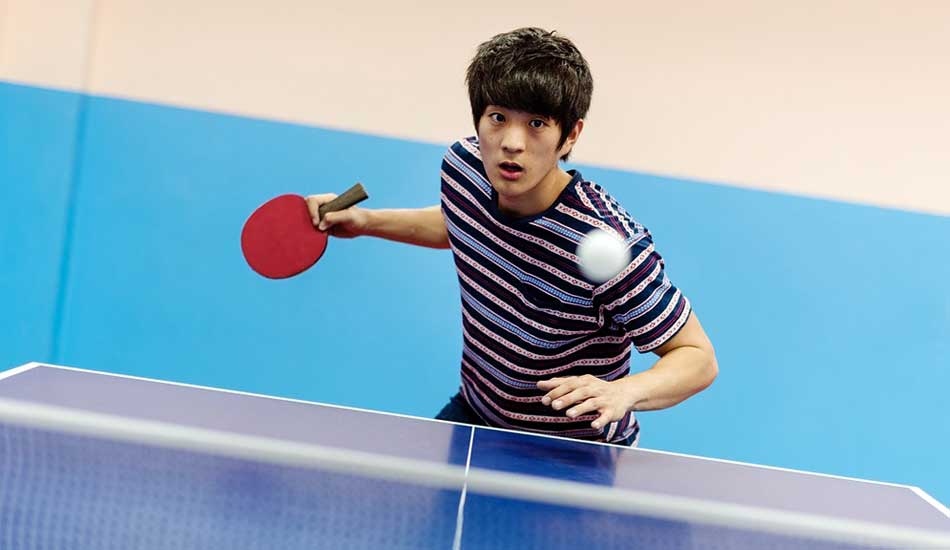 Asian table tennis players use the Chinese Penhold grip a lot wherein one would hold one’s racket in a way so as to get the blade faced towards the ground. Also, it is pretty suitable for players who like to stay really close to the table.

The Chinese Penhold grip offers more flexibility than the Shakehand grips do and this will eventually allow you to spin the ball brilliantly in the attacking strokes. Also, it is largely effective in the serves.

Also, it helps a player easily block and push the ball on the backhand side as it offers brilliant freedom of bending one’s wrist for forehand strokes as well as backhand strokes. Also, it largely helps a player from ever being locked away by crossover point. 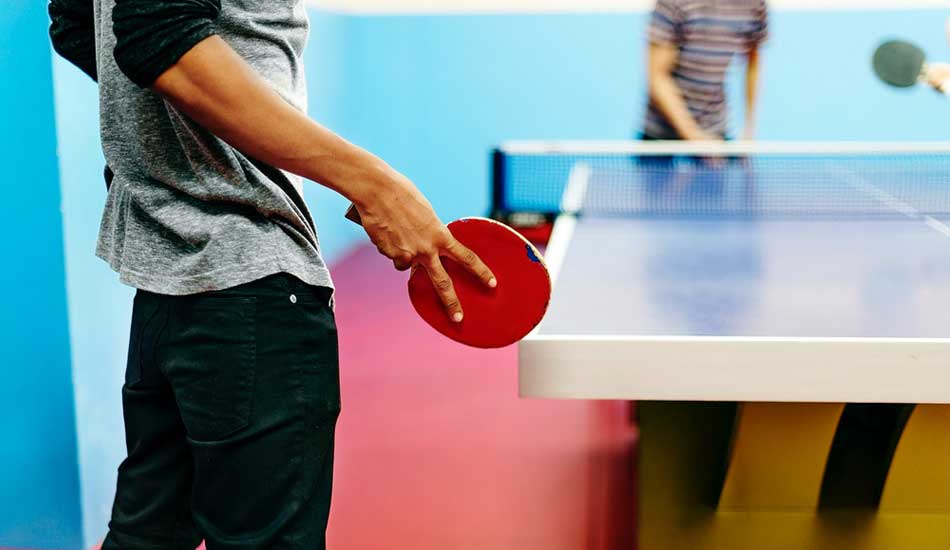 Unlike the Chinese grip, the fingers on the back of the racket are instead placed straight in the Korean grip. This technique of holding the racket allows you to execute the forehand strokes with more power and also, it helps a player to conveniently attack a ball even from a spot far from the table.

However, the fact that one has to keep the fingers on the back of the racket straight tends to limit the blade movement and it gets a bit challenging to position the racket in various angles in order to reach the ball.

The technique can be a little difficult for beginners to master.

Unlike the normal Penhold grip which uses the same paddle side for both forehand and backhand strokes, the Reverse Backhand Grip even uses the paddle’s backside.

This helps a player break out of the difficulty in using the backhand topspin on a constant basis as in the Chinese grip. This makes it pretty ideal for attacking short balls.

A lot of players prefer using a blend of the Chinese Penhold grip and the Reverse Backhand grip for better flexibility.

In the V-grip technique, a player would hold the blade between one’s index finger and middle finger almost making a V shape.

The two fingers are curled down the blade to grip it properly and the thumb can be placed anywhere where one feels comfortable.

It offers more power and spin in attacking. Also, it is pretty much ideal for wide-angle shots with excellent control. 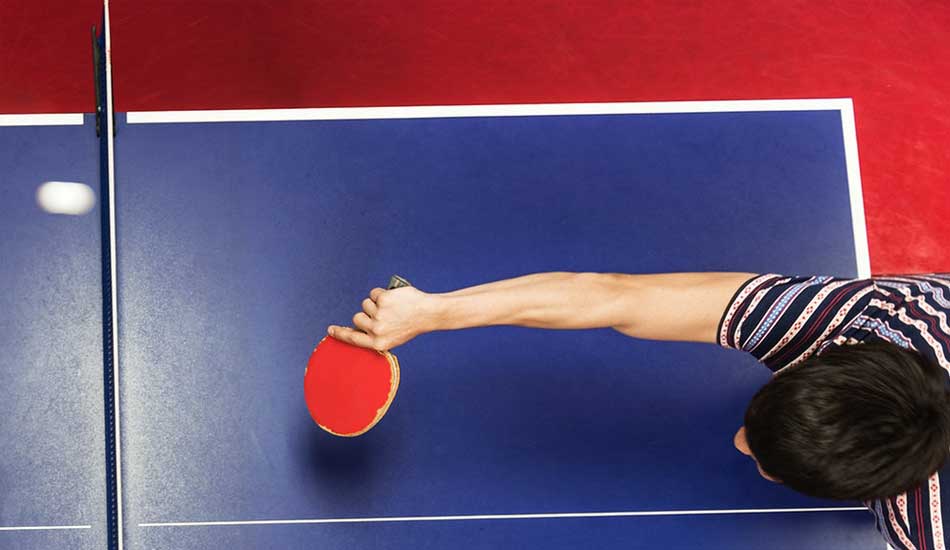 Most players that use this technique usually use a dotted rubber on the back for twiddling the blade with combination rubbers to confuse the opponents. Players using this technique have the advantages of moving their wrist freely.

Also, they can use strong snaps for forehand topspins using this technique. In addition to this, it helps players block efficiently on forehand or backhand sides.

Most importantly, one hardly has even the slightest possibility of ever experiencing any crossover point with this technique.

What is the best grip for beginners?

Shakehand is certainly the most suitable grip for beginners for the simple reason that it is less complex and easy to learn.

Can a beginner start with V-Grip?

It is never wise to start with V-Grip since the technique is more of an experimental technique and also, it would be pretty difficult to master this table tennis grip as a beginner.

What are some best ping pong grips for attacking players?

Although there is no denying the fact that one can attack using the other techniques too, the Japanese/Korean Penhold Grip, and the Deep Shakehand Grip are most preferred grips among aggressive players.

How long does it take to master a grip technique?

This totally depends on the complexity involved in a certain TT grip technique. Techniques that are less complex can be certainly learned in comparatively lesser time that those that are more complex. Most importantly, a lot depends upon the practice.

How long will it take to master all the TT grip techniques?

Although there is no need to master all the grip techniques as they are based on the playing styles, you can gradually experiment with the various grips and see which ones work the best for you are.

However, switching between grips during a play can often get you in a crossover point. This is the reason that it is not advisable to do it until one is 100% confident about it.

Which is the best Table Tennis Grip to go with?

For beginners, it is always wise to start with the Shakehand table tennis grip as it can be easily learned. However, gradually, it is equally important for one to give all the various grips a try as this will eventually help one find the most suitable grip for oneself in term of accuracy and dexterity.