Why Are the Sides of the Ping Pong Paddle Red and Black? 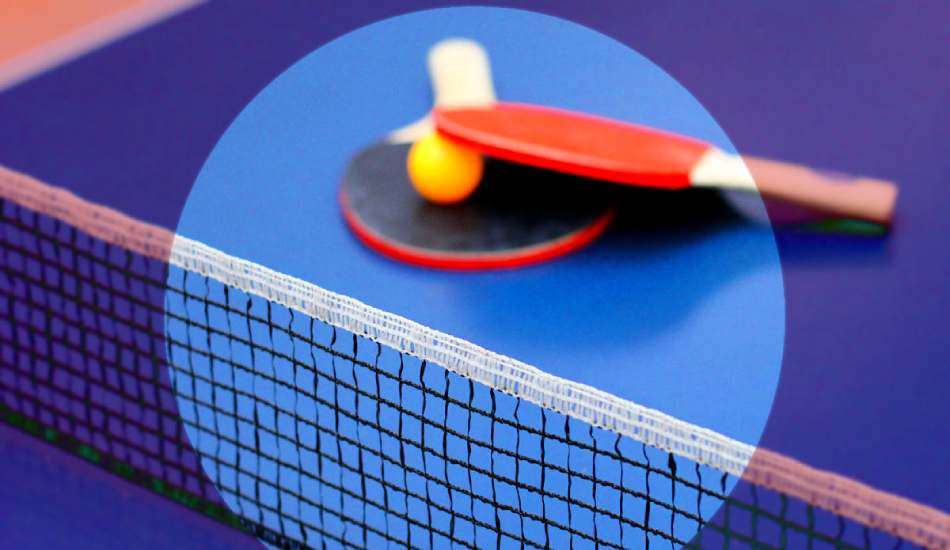 Table tennis or ping pong is a highly competitive game which is played at an extremely fast pace with lots of different shots hit by a specially designed ping pong paddle or bat.

This is a game of skills acquired by mastering the art of returning/hitting the ball with the right side of the paddle. The paddles have different colours i.e. red & black.

Here in this article, we must seek the answer to the question of why ping pong paddles are red and black? So, without wasting any time, let us begin.

Reason Behind the Black and Red Sides of Ping Pong Paddles

Ping pong paddles have red rubber on one side and black rubber on the other, why? What is the difference between red and black sides? The answer is very simple. Red side adds less spin but let the ball go faster.

Whereas, black side adds spin to the ball and the ball goes slower.

Moreover, the viewers, judges and the opponent gets to know the kind of hit will be played and plan their hit accordingly. To add more, Red symbolizes “the attack”, and black symbolizes “the defense”. In a nutshell, the red and black paddles allow the players to enjoy a competitive advantage.

By the guidelines given by the ITTF (International Table Tennis Federation) in 1986, the “Two colour rule” came into existence, stating that the ping pong paddles should have different colours. The primary reason was to have a fair game. So, your opponent can be clear about which part of your paddle you are using to hit.

There are other reasons too. Keep reading to reveal.

Let Us Understand the Paddles?

The paddles must have two different colors to use, and these colors can only be black and bright red. It is not allowed to play with the Woodside. The unused side should be stained in a different color.

What Is the Reason for Using Different Colours?

During the 70s and 80s, ping pong players used to use different pads on both sides of the racket. There were no such rules to use only red and black.

They could create various strokes using the different sides. The problem was that the opponent could not determine which side of the paddle the player was using.

In 1986, ITTF rule stated that, ” one side of the paddle should be bright red while the other side should be black.”

Most of today’s paddles have rubbers with different playing possibilities on each side. The red-sided rubber may give you different strokes when hitting the ball, whereas, the black side hits the ball more defensively.

Many players feel that red rubbers are generally a little faster and create less spin than the black ping pong paddles since slightly different pigments are used to give the gums their red and black colors.

You may notice that black gums tend to be opaque, while many red gums are a bit translucent.

Many ping pong paddle manufacturers try to make both the side effective so that it can be played the same way, whereas with some other manufactures you can feel the noticeable difference. With red, the ball jumps vertically.

Other Advantages of Red and Black Paddles?

Visual advantage is one of the benefit earned with the differently coloured differently. The guidelines for players uniforms states that the shirt colour should be different from the colour of the ball.

The Gums on the Ping Pong Paddles

There are many variables to consider when choosing rubber bands in ping pong paddles.

The rules of the ITTF restore that there must be two rubber bands, red ping pong paddles on one side and black paddles on the other.

The type of rubber and the sponge you use will influence the type of game you make.

Do You Know the Difference Between Red and Black Rubber in Table Tennis?

The different rubbers produce a different sound, which in turn, allow the players to identify the kind of hit played by the opponent and plan their stroke accordingly.

Moreover, by understanding the difference between the red and black rubber, the beginners can identify their masterstroke and purchase a bat accordingly.

As we know, that before the start of any table tennis match, the players are allowed to inspect the opponent’s paddle.

By identifying the rubber type on their bat, they can identify the kind of game and strokes the opponent will play. Accordingly, they can plan their game. After all, even a single point makes a winner.

Due to the dying procedure, the red and black rubbers are instilled with different properties, hence, there erupts difference in the ping pong paddle textures. Generally, black dye pigment used to colour the rubber has the following features:

On the other hand, the red rubber adds the following features:

Why Black Rubber Is Preferred on the Forehand?

As discussed earlier, that black rubber has more tackiness than the red rubber which makes it last even longer than the red one. Resultantly, to increase the spin of your serve with the softer side, the tackiness is essential.

So, the Chinese prefer to take black rubber on their forehand. Moreover, forehand loop must give longer shots which is possible with the properties of the black rubber (these properties are due to the dying phase).

What to See Before Choosing a Ping Pong Paddle?

One of the criteria for choosing your coloured ping pong paddles is the type of stroke the player is going to play. Features to look for in a ping pong paddles include power, control, effect, cable shape, colors, rubber, durability, play style, game level, and weight.

Based on your skills, choose the ping pong paddles

You have many options when it comes to ping pong paddles. The handle, the blade, the sponge (inner layer) and the rubber can be customized. Rubber, the outer layer that comes into contact with the ball, varies in firmness and stickiness, and color.

If you are the beginner in this game, you will not take the red or black paddle seriously.