25 Foosball Tricks, Tips and Techniques to Improve Your Game 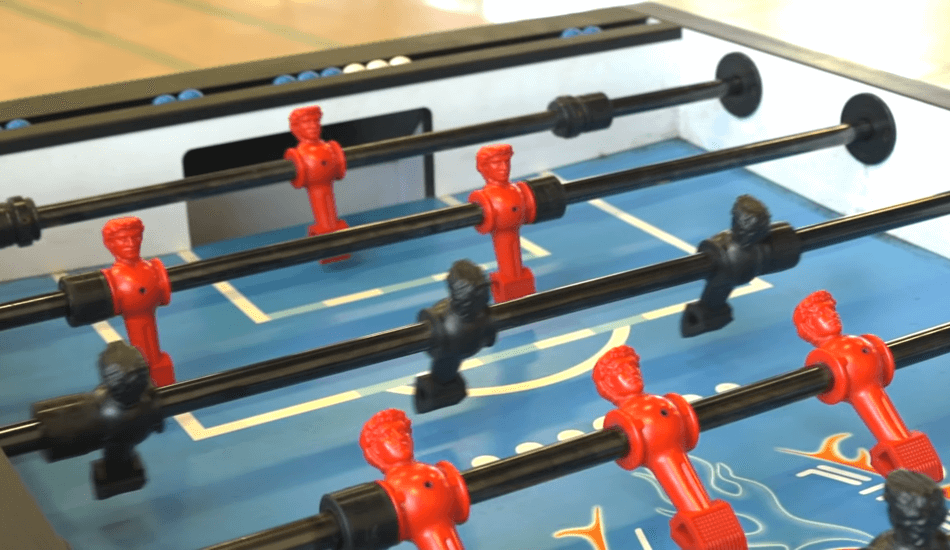 Foosball, it is one of the most addictive game, and every single player has its own foosball strategy. Amidst the best games made & played by man, foosball for the players have been played all around, and if you are looking to excel in it, we are here to advise you with the best foosball skills for improvement.

Be it playing at the office or with friends; the post will help you get a grip at the game and make you confident enough to accept a challenge and win it.

Twenty-five foosball tips and tricks for beginners and expert will be discussed herein by us, to make sure that the next time you play this Game, you rock it.

Foosball Tips and Tricks for Beginners

Yes, it is illegal to have spin rods in foosball. It will make you lose control over players, making the pass an effort of a lottery. Spinning also stops us from blocking the shots made by the opponent and make us lose at our own goal.

Spinning also causes foosball table damages due to warp, which are caused by rods spinning. So, in simple terms, do no spin.

3. Do Not Be Predictable

A little creativity which the opponent won’t see coming is an important foosball trick shots. Following this, you will be able to score, easy, and free. Do not be surprised; be creative.

4. Defense Is a Key to Make a Pass

Opponents shots, they are blocked using the defense rod, which makes many players use it and shoot the ball. However, if you are unaware, let us make you informed, a ball can be passed easily, using defense.

So as a part of important foosball tips, it is suggested for not just allow the ball to pass, blindly. Make a calculated move no matter; it is a lane, wall, or the bounce pass. It will allow you to move ahead by keeping complete control over the ball.

7. Best- Make Your Play Against Such

If you are playing with the best, definitely you want to give your best, and you won’t like losing. Well, if such intention exists, as a part of foos ball tips and tricks, even if you lose, there will be learning, and your skills will definitely improve faster.

8. Do Not Just Have, Master It

This method is the best choice if there is a serving cup present on the table. Simply place the thumb on the ball’s left side, push it down, like it is pushed on the right end, and finally through the hole.

If this amidst foosball skills is used better, stop and roll-down backward; this is how the ball would make a move after hitting surface, towards the five rods, on your side.

10. Use the Open-Handed Shot

It increases the speed of the shot. Just spin the wrist, to shoot. Using the open-handed shot will get an extremely fast shot.

11. Goalie Should Have Your One Hand Attention

One hand controlling ball outfields and the other (weaker hand) controlling goalkeeper, this might be tough at the start, but this amidst the foosball tips, if practiced better, will start seeming to be a natural one.

Sharp flexes are involved with reaction times as shorter, and with practice, it will help make those foose ball moves, that would help you win.

12. Keep an Eye on the Opponent Men

While trying to move the ball so as to line up either a pass or a shot, it is natural when one focuses on own players but as an important part of foosball tricks, keeping an eye over opponent’s men, it will help an get an idea over their formation brief gaps.

Advancing ball forward gets easy after knowing or having that gap, allowing one to take a clear shot on a clear field.

Five foosball ball’s width is what the goal has. An efficient understanding over it will prevent for covering the goal entirely, using extra manpower.

Simply spread the defense players for defending each goal 50%. Entire hole defending can be avoided using it, and with the 50% hole covered/defended, goal-scoring will be impossible.

14. Use Wrist Flicks- Quick Ones

In foosball, passing is that key, which will keep the opponent to guess, while you will score, through methodically moving ball.
Passing the ball to the three-man rod of yours, it is a part of important foosball tips.

Control the ball, number two five-man of yours, on that inside edge. Get on position the three-man, a forward as against the wall and finally using the five-man give the ball a slide and simply slip it, to yours forward.

17. Dummy Shot- Get Mastery Over It

Foosball requires foosball skills. Show that you are about to take a shot but do not make it at last second. Give the ball a sideways tap. Pass it to the player beside and just shoot the ball to the net.

It’s foosball trick shots, where you can use a movement of powerful wrist flick, “Make a shot as if to shoot.”

It is similar to the wall pass. Here the opponent gets prevented from planting the block, using their 5-man, as against the wall.
Simply, let the ball slide, from players inside edge.

But mind you, before the wall, find the shot. Use your foosball skills for positioning your forward. To receive the pass, make sure to keep it around, from the wall, the width of 2-balls.

Do not forget defense play. Keep a 70:30 percent ratio between defense and offense. Good Defense is equal to no opponent’s goal (most times) and for you to have an easy score.

It’s one of Foose ball moves to block opponent’s easy shots with little focus and use it for one’s advantage while getting to the offense. Well, that doesn’t mean you do not play defense. Keep an eye on every move.

20. Give a Redirection to the Passes

Keep your foosball strategy strong. Switch directions and try to throw off your opponent, real quick.
Begin the wall pass by pretending.

Slide in the direction of the wall, the ball, but then, make a quick shift to the outside edge of yours. Next, pass it to the middle 5-man, which will allow you to get that gap for forwarding the ball, to the concerned 3-middle-men.

Towards your goal, get the player’s head tilted. It allows you to block shots and have a better chance at it. It is a part of foosball tactics to keep angled away from the goals of the opponent, your midfield players as well as the goalie.

In opposite directions, get the attackers & the defenders inclined. It allows to block and to get possession over the ball.

Simple and effective, this foosball tips and tricks for beginners allow one to place the ball at the outer edge of their player.

In the case of a 3-man forward, positioning them at goals close edge will be better. Next, what you got to do is push the player on the other side, and as there is an opening seen, simply shoot.

It’s a part of foosball tricks to rotate the wrist, holding the handle. Rotate fast, make sure of it, as this will allow the ball to gain speed and momentum when it gets hit by the players.

How to play defense in foosball?

Defense most basic style works against the beginners (anyone) or even the immediate players. It is easy to learn. All you need is to give the defensive bars, a tilt, to make the men angled in a way towards one another.

Do not tilt too much, your defensive man, as it will get the ball to have a slide under one’s toe. Get the men vertically, straight up and down.

It will get more scores, on the defense of yours, if kept at a better angle.

Apart from this, keep playing defense but allow the movement and the pattern to vary.

How to hold a foosball?

How do you snake a foosball shot?

A snake shot allows one to hit, any goal part. Herein, the ball is trapped in between the foot and concerning pitch. It allows it to move, sideways, and to have a better shoot. The rod is turned using the wrist.

Top near to ball, this is how much near the point of connection between ball and foot should be. Securing foot, the wrist is to be placed on the handle, and then with pull/push, the sideways movement of the ball is to be done.

Turn the handle, trying for a backward somersault, before the ball is given a strike. It is important to set up the ball better and then repeatedly pinball until you get assured, it won’t have a slip.

How to get better at foosball?

The above-mentioned foosball techniques will be a great help for you to get better. Follow them, learn, master, keep practicing, and there you will be, making the right move, even before your opponent would guess it.

Make sure not to spin at any cost.

How to be a win at foosball?

Hope to win, any player would enter the game with such a thought but not all follow foosball strategy. Understandably, winning is good for confidence and finance (professional players), but a proper enthusiasm will be missing if one stops enjoying the game.

Well, this is where a player loses.

So, play the game. Remember, ball’s get served from any of the holes. You need to score five goals for winning the game, as there are nine ball’s and one needs to play the best of it.

Must Read: How Much Does a Foosball Table Cost? 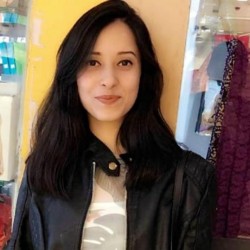