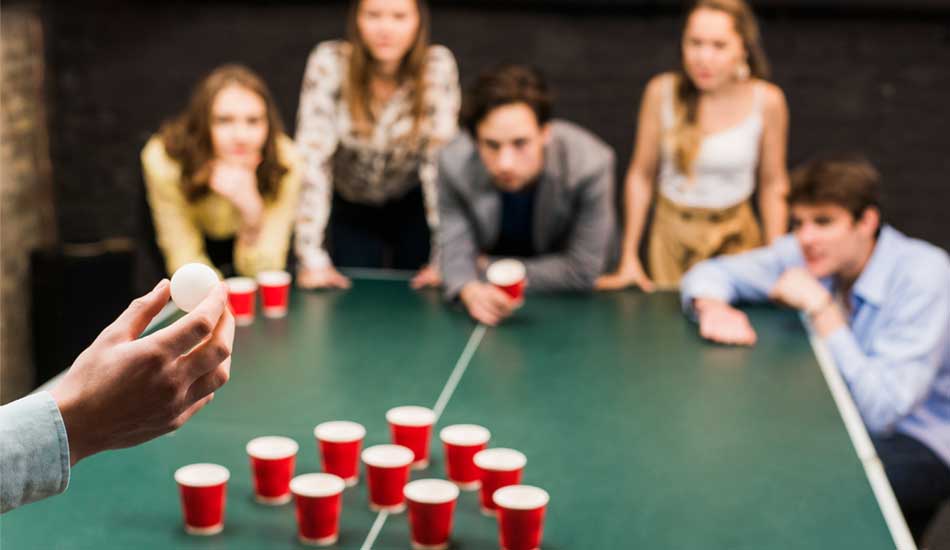 Ping Pong Part Ideas are here to help you have a good, good time 😀

Playing different games is a brilliant way to make the most out of life. Also, this keeps us energized and stress-free.

We don’t always need a huge set up for playing games. Just to illustrate the point a little, think about the game of Table Tennis which needs some arrangements such as arranging the table, putting the net system on, etc.

Now, think about the various games you can actually play by simply using ping pong equipments. Although the game of Table Tennis is highly enjoyable, the games that you can play using only ping pong balls can be equally enjoyable too.

The name of the ping pong game sounds interesting?

You can’t imagine the amount of fun it stores. It is also known as ping pong tissue box game as in this ping pong game, a rectangular tissue box with an opening is attached to the waist of every player.

The box is then filled with 8 ping pong balls and all one has to do in this game is shake one’s hips to get all the balls out in a minute.

It is certainly fun to play this game but on top of that, it is equally enjoyable and funny to watch the players try their best to shake their hips to get the balls out of their boxes.

The Ping Pong Hunt is a ping pong game that is more enjoyable than a pool party.

The ping pong balls are dumped in a pool with containers placed at the edges. The players will get into the pool, look for the ping pongs and the player that collects the most of the balls in one’s container will be the winner.

Also, there is another version of this game with a slight twist wherein different points are assigned to balls with different colors and the player that gets the maximum score will certainly be the winner.

It’s a fun way to spend time with friend and family, and one of the best ping pong party ideas. 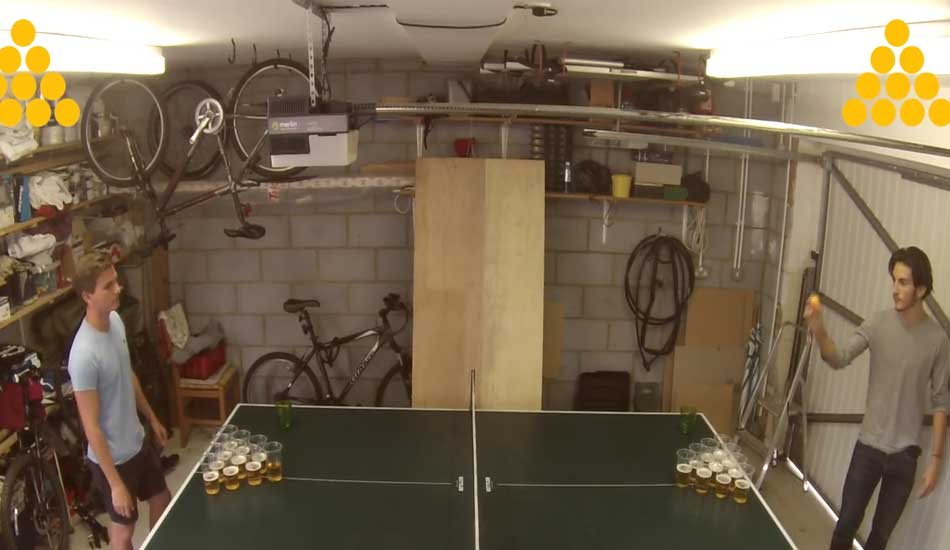 Needless to say, Beer Pong is one of the most popular ping pong cup game. In this game, two teams stand on the same side of the table and each team gets a chance to try.

As per the rule of the game,

Each time a team scores a cup (bounce the ball in a way to put it into the beer cup of opponent), a member of the opposing team will have to drink the beer.

The team that scores all the cups of its opponent will be the winner. 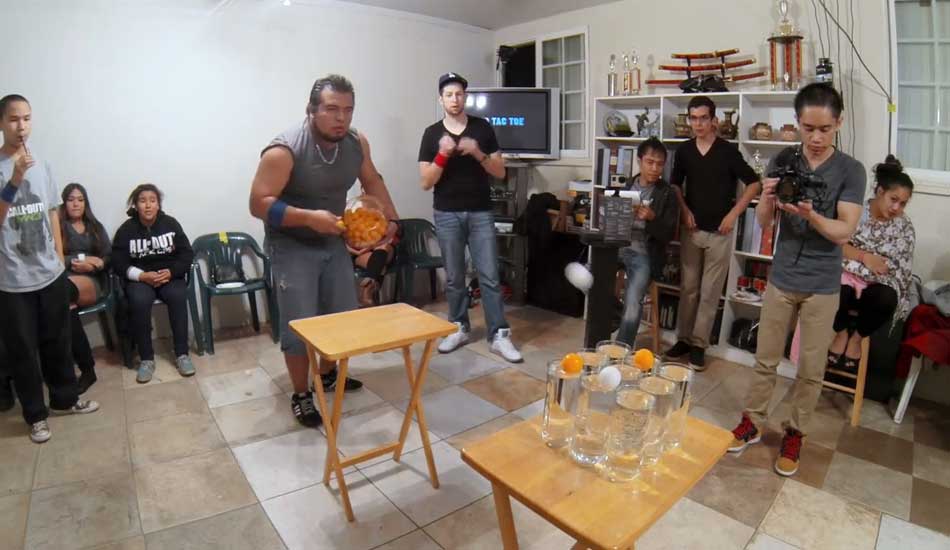 Pong Tac Toe is a ping pong game which is equally popular among the adults. It can be an unimaginably enjoyable and the set up is really very simple.

All it takes is 3 to 4 egg trays or water glasses and some ping pong balls. The trays are placed in a row and the players will have to bounce the balls into their trays usually in a minute.

The one with the most in one’s tray certainly will be the winner. 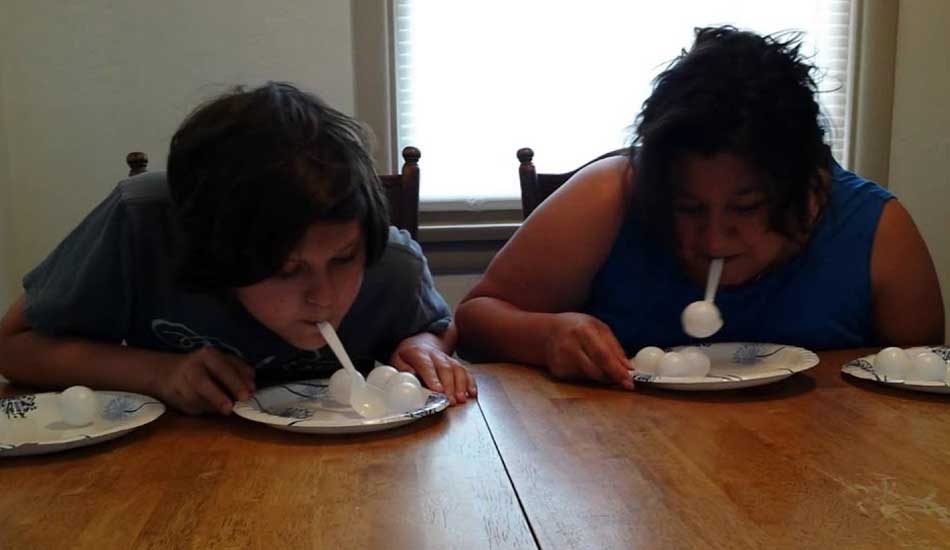 Scoop it up is yet another extremely enjoyable game of ping pong and as per the rule of the game, players will transfer 6 ping pong balls from one bowl to another within a minute using the spoon in their mouth.

All along the game, the players are not allowed to use their hands other than using hands only to place the balls on the spoon. This is certainly one of the most exciting and enjoyable ping pong ball games among the people of all ages.

Blinded is a lot different from the other ping pong games and it takes a lot of attention on the part of the players to play and win this game.

2 short tubes and 2 long tubes are placed vertically with a ping pong ball balanced on the top of each of the tubes. The player will be blindfolded and further, will be asked to spin for 2 to 3 times.

Right thereafter, the player will be asked to collect at least two balls with a time frame of one minute. However, if the player ends up dropping any ball on the floor, one will be out of the game.

Also, the player is not allowed to crawl in order to collect the balls.

There is certainly a lot you can do with ping pong equipments and in fact, you can make things really entertaining for your guests at birthday parties or get together parties. The ping pong party ideas that we mentioned in this post are played by people from all over the world.

If you had enough of ping pong party and wanna learn how to play it then head over table tennis tips blog post.