How to Choose a Ping Pong Paddle 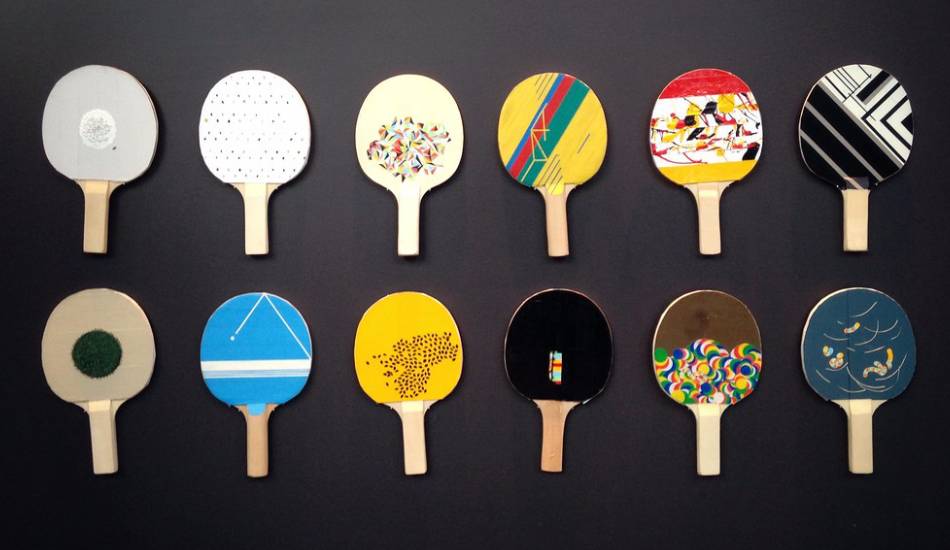 Wondering how to pick the best table tennis paddle?

To choose a ping pong paddle, you have to consider the grip and playstyle. Other factors include blade, rubber, and sponge. Attacking players use speedy paddles. Defending players use softer paddles.

Like other games, you need to carefully choose the right ping pong paddle for playing the sport. The wrong paddle can obstruct the right angle of your grip and not give you the desired results for your game.

Most professionals do not use the premade ping pong paddles, which already have the rubber attached to it.

As a beginner, you may, but as your game progresses, you may want to customize it to your like and comfort.

There are many factors that play in when selecting a good ping pong bat. 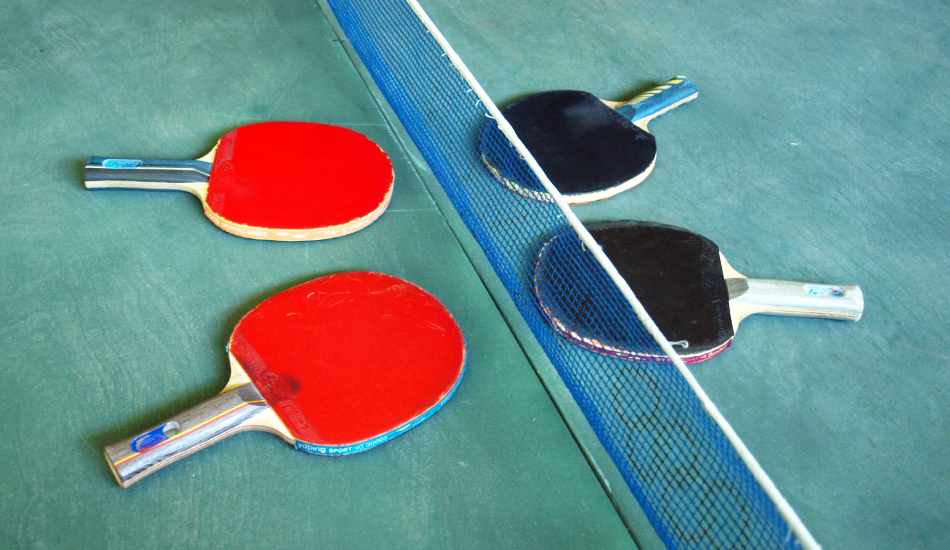 The Basic Structure of a Paddle

The handle, the blade section, forehand, and backhand sponge, and the rubber on both sides. Every one of the mentioned six pieces can be customized to your style of play and professional levels.

The most crucial posture while playing ping pong is that of your hand. Your hand must be in the right grip state around the paddle while playing.

There are mainly two types of grips. One is the Handshake grip, and the other one is the Penhold grip. Both grips are equally correct; it depends on which grip gives you comfort and the right angle to play the sport aptly.

The grip is something that cannot be taught. Either one of these grips come naturally to different people. Most of the players globally use the Handshake or Shakehand grip, as we call it.

However, in Asian countries, there are still a majority of players who use the Penhold grip with the same ease. Apart from these two, there is another grip called the Seemiller grip, which is also vastly popular.

Your grip should also complement the kind of handle that the ping pong paddle has. It can either be in a straight grip form or a flared grip form.

Straight handle is observed to be more comfortable for most players, especially those who are used to grip the handle lightly. Flared handle is slightly a thinner handle which is used by players who have a firmer grip that they require to play.

The blade is a vital part of the ping pong paddle as it decides the power rating of the paddle.

If the blade is made of lighter, more supple materials, it tends to be apt for an attacking game.

The reason lighter materials make attacking paddles is also that they are made from harder wood.

Heavier elements tend to weigh it down, but are made of softer wood and can be used for great defensive action.

Depending upon your game, you can decide which blade type you should go for when choosing ping pong paddle.

Professional players usually play a high-speed and attacking game. It is recommended that they use lighter blades, preferably made of titanium or carbon, which are light materials yet rigid and durable.

If you play mostly on defence, you will do well with an all-wood blade which is more substantial and due to its softness, cushions the ball and absorbs all its energy, slowing it down.

Picking the Rubber for the Blade

Hence, the rubber decides how your game fares and is a crucial element in choosing ping pong racket.

Rubbers are measured from two qualities – tackiness and firmness. Tackiness is the agility of the rubber. It creates and enhances the spin of the ball on impact. It is specifically designed to serve that purpose.

It is the way to go if you’re playing a defensive game. Firmness comes into account when your game is that of attack. The firmness enhances impact quotient and speed, which is excellent if your game style is to attack.

Sponge for the Ping Pong Paddle

Sponges are material that goes in between the blade and the outer rubber, as discussed above. They come in three categories – thick, medium, and thin.

These three categories refer to the thickness of the material that gets enclosed between the rubber and the blade. A thick sponge is usually of a thickness of 2mm or more.

Thin sponges are somewhere between 0.5 to 1mm, and medium, are in the in-between ranges of both. Sponges are soft cushioning.

Lesser the cushioning, faster the game.

More sponge thickness can be used for players who play a slow defensive game. It is the wrong choice for quick and attacking players.

Table tennis is a game of agility and precision. More than brute force or strength, it is about thinking strategically while tweaking your placements of the ball.

Table tennis has a knack of making you adapt very quickly to the style of your opponent. The more efficiently you change, the chances of winning are higher.

You have to learn on your feet and acclimatize to your opponent’s playing style and his placement of the ball. Gauging how he covers the table court to his advantage is a crucial understanding you must have.

We have given you a lot of tips to choose the right ping pong paddle. However, it all comes down to your playing style.

What kind of playing style you decide to embrace or that which comes to you naturally. Your analysis of how to choose ping pong paddle will depend solely on that.

How Do I Choose a Ping Pong Paddle?

To choose a ping pong paddle, you have to consider the grip and playstyle. Other factors include blade, rubber, and sponge. Attacking players use speedy paddles. Defending players use softer paddles.

A good ping pong paddle must have inverted dimples made on the rubber for creating a very smooth surface against it. This allows the ball to bounce.

The blades that are covered in texture or have been made with tacky rubber with dimples (that are made so that they point outwards) are amongst the best choice that you can make.

These are especially great for defensive players that are looking for some control.

Why Are There Two Colors on a Ping Pong Paddle?

In most cases, the ping pong paddles having different colours on each of the sides might have a competitive benefit for individual sides.

For instance: The black side of the paddle might offer less spin over the red side. This will be allowing the players to flipping the paddle in case they are looking forward to returning the ball in a specific manner.

As per ping pong rules, the player is also allowed for inspecting opponents’ paddles.

Which Side of a Ping Pong Paddle Is Forehand?

For players that are at intermediate levels, it is the exact same. Also, it can be a personal choice of the player as well.

Most of the European players are using red for the forehand and on the other side, the Chinese payers make use of black as the forehand.

Some of the players also twiddle paddle that means that they change the forehand while the rallies for deceiving the opponent.

After our research on more than 100 paddles, we found these 10 best ping pong paddles to buy. You can read detailed paddles review here.