How to Play Baseball + Baseball Rules 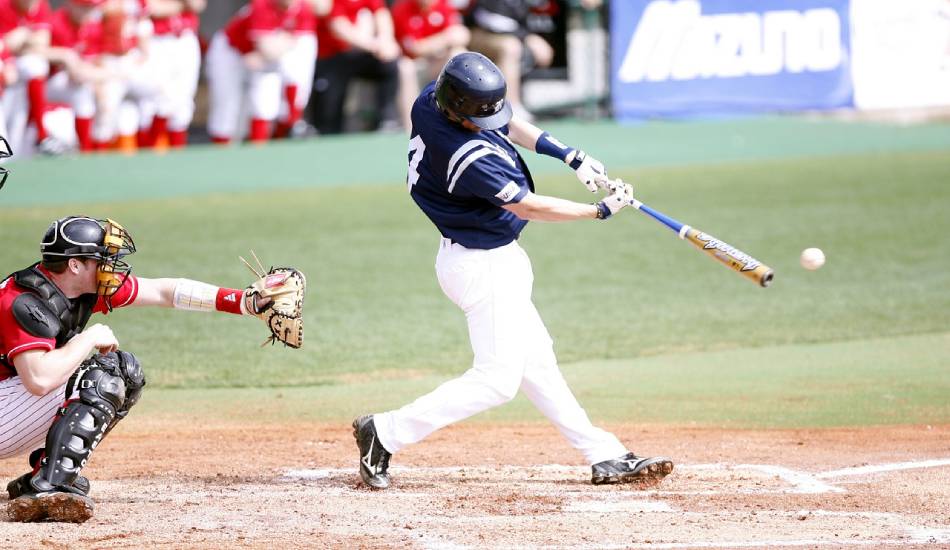 Baseball has gained popularity in Canada and the United States as an old sport. To most people in these countries, it is their favorite pastime. Cincinnati Reds, previously known as Red Stockings, was the first professional team to play the game in 1869.

Then on, the game emerged from the impetus to baseball basics to the form in which it exists today in North American regions as a popular sport as well as the favorite pastime.

Read on to know how to play baseball and the other aspects of the game.

Baseball is an outdoor sport in which nine players from two teams take part on a circuit shaped like a diamond with four bases. Both teams bat and field in their respective turns and a player from the fielding team (a pitcher) throws a ball which the player from the batting team tries to hit. It is a popular sport in Canada and the US.

The object of the Game

The primary object of the game for each team is to exceed the other in terms of runs. A player completes a run when they run around four bases after hitting a ball. They try to hit it as far as possible for this purpose.

In all, there are four bases. When a player completes running around all the bases before getting tagged out, a new player from their team comes in for batting.

What equipment do you need to play a Baseball Game?

Baseball is a sport that demands discipline which must be inculcated right from the beginning. Coaches who work on how to teach kids to play baseball often focus on the choice of equipment as it plays a decisive role in a player’s success in a game.

Speaking of equipment, there are some essentials a player must have before entering into a game. To a large extent, it depends on a player who plays in a baseball game. The pieces of equipment include gloves, a stick, a gall, a helmet, and pads.

As far as gloves are concerned, they vary for different players based on the roles they play.

Some popular choices for gloves include the following:

The following choices make for the best baseball sticks:

Before taking part in a game, players need to know how to play baseball game. Read on to know the important aspects linked to it.

Nine players from two teams take part in a baseball game. As far as the distance between the home plate and outfield fences are concerned, depending on the nature of a league. Based on this factor, it may range between 200 feet to 400 feet.

The nine players representing a side in a game can be segregated under four heads based on their respective roles as catcher, shortstop, infielders, and outfielders.

While the sport involves only one catcher, three outfielders and four infielders take part in it from the same team

The infielders remain close to the bases. Besides, a player, called a shortstop, also takes position between the second and the third baseman.

Considering the hitting areas of a batter, both infielders and outfielders can alter their positions in the course of the game whenever they feel the need for it.

A skillful pitcher plays a vital role in the victory of a team in a baseball game. They position their back foot on the rubber of a short mound and throw the ball in the area between the middle part of the torso and knees of a batter.

For this purpose, they may throw a ball at multiple trajectories from sidearm, overhand, and underhanded positions.

The objective of the pitcher is to restrict the scoring of a batter by preventing them from hitting the ball. To achieve it, pitchers throw balls at a batter by varying their speeds and positions.

On the other hand, batters try to dispatch the ball in the right scoring areas by hitting it with power and skills.

A pitcher may choose either a fastball or a curveball or a knuckleball for variations. Generally, pitchers choose one out of these options for deceiving a batter.

Pitchers bowl at a batter for either concluding three strikes or compel the batter to hit the ball to one of the fielders who are close to them. When a pitcher successfully concludes three strikes, it results in a strikeout.

If a batter fails to swing when a pitch lands on the plate within the area between the middle of the trunk and the knees of a batter (or the strike zone), they get a strike.

When a ball lands outside the strike zone, it is counted as a ball and four balls enable the batter to go to the first base.

If a fielder catches the ball before its contact with the ground after it is hit by a batter, then the batter is considered out.

They can also be out when they fail to reach the base before a fielder manages to throw the grounded ball to the first baseman. In a baseball game, there are nine innings; each inning has three outs.

If a pitcher manages to pitch in all nine innings, they achieve the tag of a complete game. On the other hand, they get a win if they leave with their team without the latter losing its lead.

In a game, a batter tries to hit the ball to an area in which there is no fielder. After hitting the ball, the batter aims to reach the first base as quickly as possible.

They try to do so before a fielder can return the ball to the baseman. If they fail to do so, they are declared out, according to the Rules of Baseball Game. On the other hand, success in attaining this goal means that they remain on the base.

After hitting the ball in the outfield, a batter can think about going to the second or even the third base. By dispatching the ball to the first, second, third bases, they add a single, double, and triple to the score of their team.

When playing over the outfield fence, sometimes a batter manages to position the ball between the two foul lines. On such occasions, they earn a home run. They get a run batted in if they play the ball across the home plate. They acquire a grand slam when they hit a home run in the presence of three players on all the bases.

Despite a baseball playground being square-shaped, it is referred to as diamond-shaped due to the positions of the fielders and the batter which resembles a diamond.

The entire playground is divided into four bases. These include the following:

The home base is the base that a batter occupies, whereas the second and third bases are for fielders. Apart from these bases, there is also the pitcher’s mount which is positioned at a distance of 60.5 feet from the batter’s area or the home base.

One of the highlights of the playground is that all four bases are positioned 90 feet apart from one another.

For scoring, a batter must hit the ball to all four bases and make it to one of the bases before a fielder manages to throw the ball to the basemen of the base to which they run. They get a home run upon hitting the ball into the crowd.

If they feel they cannot move to another base from the current one, they can choose to stop at that specific base. However, they need to do it at any moment preceding the one in which they are tagged out.

Players are allowed to score several points provided there are two or more players in a base. When a player makes it to a base, say the first base, the players in the second and third base can move to the home base to get a point for the team they represent.

A batter’s score determines the number of players who can move to the home plate. At maximum, players can secure four points in a hit.

The number of innings in a game influences its outcome. This may vary from one league to the other. However, most professional leagues stick with the fundamental baseball rules that provide for nine innings a game. A team that scores more runs in nine innings than the other side wins the game.

Securing a lead also matters to the home team as in such a situation, they bat last. If there is a tie, the game goes on until one of the teams gets a decisive lead.

Players who play professional baseball need to bear a few things in mind to play the game in the right spirit. There are certain things that a player should refrain from doing. Also known as cardinal sins of baseball, these can be classified under the following heads:

To play the game in the right spirit, players on both teams need to play by the rules. The points below define how to play baseball by rules.

Baseball is a game that involves the combination of strategy, skills, discipline, and the right set of equipment for success. To succeed in the game, a player needs to cover all bases on these fronts. Along with it, they also need to play by the rules of the game and avoid the cardinal sins of baseball to play the game in the right spirit.